GP in Process to Take Hold of Matanikau Industrial Area 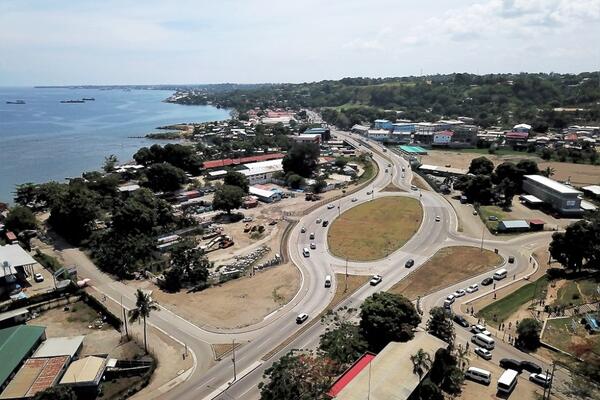 On the occasion to mark the province’s second appointed day, Premier Sade told the people that the transfer instrument was signed on 17 July 2021.
Source: File
By Georgina Kekea
Share
Thursday, 19 August 2021 09:54 AM

The Guadalcanal provincial government is now in the process to claim the Matanikau industrial area in Central Honiara.

On the occasion to mark the province’s second appointed day, he told the people that the transfer instrument was signed on 17 July 2021.

“The government plans to construct a building that will represent Guadalcanal province right in the center of the city. I thank the Ministry of Lands and in particular the Commissioner of Lands for continuously supporting Guadalcanal province addressing land overdue issues, including the Rita Eleven Headquarter land title”, Premier Sade said.

The Rita Eleven building where the current provincial office is located was gifted to the provincial government by the national government, under the leadership of Prime Minister, Manasseh Sogavare.

Since taking office in 2019, the Guadalcanal executive government led by Premier Sade has continued to pursue the issue of land in the province.

The sale of customary land and Fixed Term Estate (FTE) titles are said to be the problems encountered by the provincial government.

“Our people complain that successive governments have leased or sold provincial land. This government is committed to work with the Ministry of Lands and Housing to continue to address land issues in the province”, Premier Sade said.

He also highlighted alienated lands on Guadalcanal including Lever’s Solomon’s Limited’s Lunga/Henderson that are now before the courts.

The Land Board has already approved the transfer of the Matanikau land to the Guadalcanal Provincial Government but the Commissioner of Lands is still to sign off the grant.

Recently the Commissioner of Lands was also applauded for the facilitation of transfer of 97 perpetual Estate Land titles held by the government to the Makira Ulawa provincial government.

He said the cabinet recently endorsed a land restitution policy that should pave the way forward in designing a formula that ensures traditional landowners perpetually benefit from alienated land.

“People come and go but the land will always remain,” he said.

For Guadalcanal province, the Prime Minister reiterated what he mentioned in his speech at last year’s celebrations in Visale that, “the Commissioner of Lands not only cancelled the FTEs titles on 16 parcels of land on Guadalcanal on 20th July 2020, he also issued notice before forfeiture to Levers Solomon Limited on 23rd July for 223 FTEs on land on Guadalcanal as well.”

“As we all know this matter is currently subjected to litigation. But this shows the seriousness of this Government's commitment to address long standing issues relating to land,” Prime Minister Sogavare said.

Solomon Times Online understands the Matanikau Industrial Area is what was used to be known as the PWD area now the MID vehicle testing area.