Ivermectin is Not an Alternative Drug to COVID-19 Vaccine: Health Ministry 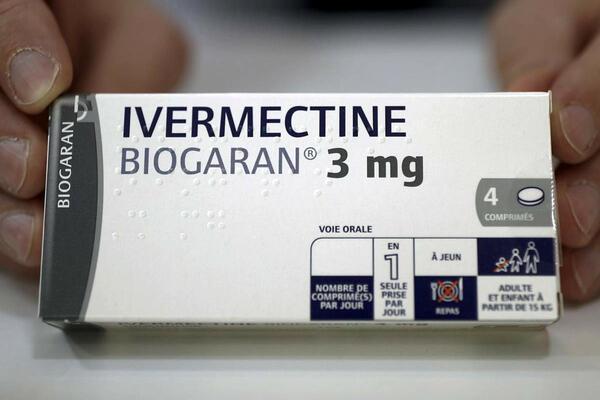 Ivermectin is a broad spectrum anti parasitic agent, included in WHO’s essential medicines list for several parasitic diseases. It is used in the treatment of onchocerciasis (river blindness), strongyloidiasis or disease caused by round worm, and other diseases caused by soil transmitted helminthiasis (infestation with parasitic worm).
Source: Pune Mirror
By Jimmy Nolan
Share
Friday, 13 August 2021 09:20 AM

The Ministry of Health together with its partners WHO and UNICEF, have clarified that any suggestion that Ivermectin, a drug used to treat parasite infestation, can be used as an alternative drug to COVID-19 vaccines is misleading.

In a joint media release the partners in health state that the recommendation from WHO clearly state that “the current evidence on the use of ivermectin to treat COVID-19 patients is inconclusive. Until more data is available, WHO recommends that the drug only be used within clinical trials.”

“International Panel of experts under the WHO as well as other regulatory authorities have studied all the data from clinical trials where Ivermectin has been tested and have concluded that there is little evidence to support the usefulness of Ivermectin in COVID 19 treatment and management,” the statement reads.

The Health Ministry says that many studies are still ongoing regarding the potential use of ivermectin for treatment of COVID-19. There is a small team at the Health Ministry and at the National Referral Hospital that are actively monitoring all the latest information as they become available.

“The race against time to vaccinate all eligible members of the population, is simply due to the imminent threat of COVID-19 and the delta variant which spreads much faster than the original strain. Nothing more, nothing less.

“The esteemed author of the article seems to have misunderstood our priorities, and has tried to put his personal viewpoint by comparing apples with oranges. Basically, the author is making a poor comparison, VACCINE IS FOR PREVENTION while the ivermectin he referred to (which also lacks scientific evidence) is for treatment as part of clinical trials.

“Is the author trying to suggest that we should get COVID-19 and treat it with ivermectin instead of preventing it by taking vaccine? We all know that prevention is better than cure. Once you get COVID, people are suffering from disease, have bad symptoms which could last for months and risk death.

“Rapid deployment of efficacious COVID-19 vaccines is one of the few true success stories from this pandemic. The urgency to vaccinate as many people as possible and as quickly as possible is to prevent further variants from threatening the progress made so far and prolonging the pandemic.

“Vaccines are effective against severe diseases caused by variants and in the event of an outbreak in Solomon Islands, the more people that are fully vaccinated, the less the impact will be. The effect of an outbreak in an unvaccinated population is clear to see globally and closer to home in neighboring countries,” the joint statement reads.

- 1 case of a severe reaction called anaphylaxis was recorded, and was immediately treated and recovered well.
- 4 cases of serious reaction were also recorded and treated.
- A total of 469 had minor side effects following immunization, which includes headaches, fever, discomfort, sweating, nausea and dizziness.

The statement says that vaccinators in Solomon Islands are well trained and work along teams of medical doctors for adverse events management as stated above.

During registration, while completing the forms, history of chronic diseases is elicited and people are encouraged to get tested for diabetes and measure their blood pressure.

The Health Ministry says that while national efforts to roll out COVID-19 vaccines nation-wide is ongoing, “what we expect from the media is a balanced, well- informed news article interpreted with qualification, yet it is with regret that Solomon Star, our leading daily print media have decided otherwise.”

With this, journalists and media personals are encouraged to verify and corroborate information before publishing.