Lack of Standardization of Government Vehicle Fleet a Concern 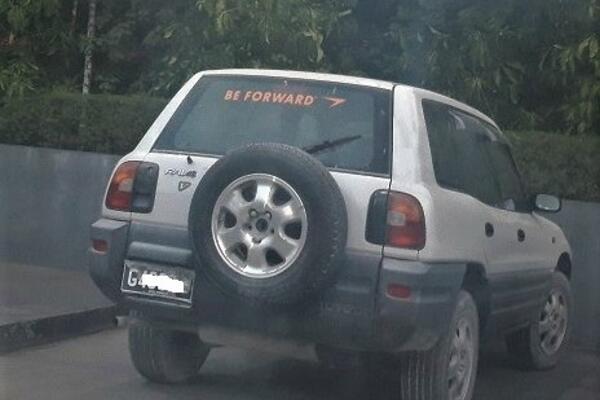 “This is really lowering the standard of the government. In the government fleet, only certain vehicles are used and I don't think caldinas and RAV4s should be part of the government approved fleet”, Lilo said.
Source: STO
By Georgina Kekea
Share
Monday, 09 August 2021 09:32 AM

“The lack of standardization of the government vehicle fleet is concerning,” says a former Finance minister and Prime Minister, Gordon Darcy Lilo.

The government has a fleet standardisation policy whereby the cabinet approves the type of vehicles to be used by government ministries and departments.

However, it has become obvious that the government fleet now consists of vehicles such as caldinas and RAV4s.

Speaking to Solomon Times Online, Lilo said the use of G plates on these sort of vehicles does not speak well of the government. He said it could be that a number of public servants are using G plates on their vehicles to evade paying tax.

“All vehicles with a G plate are exempted from paying tax”, Lilo said.

He said in the past, there used to be only certain types of vehicles of certain standard that have G numbered plates.

“Now you will see caldinas, RAV4s with G numbered plates. I believe these are vehicles privately owned by public servants but were installed with a G plate”, Lilo said.

He said if this is a practice that public servants are misusing the G plates, then it must be stopped as it only dis-reputes the government.

10 years ago, one of the recommendations made by the Office of the Auditor General (OAG) was that MID revise the fleet standardisation policy and actively implement the policy across all ministries. The OAG in 2011 carried out a performance audit on the Management of the Government Motor Vehicle Fleet and raised a lot of discrepancies in its report.

The report highlighted the lack of adequate systems and processes, as well as documentation to evidence and support key management activities as a major concern. The OAG report said this was particularly evident in MID, the ministry holding responsibility for government vehicles under the Public Service Vehicle Rules.

The audit also identified an extensive misuse of government vehicles for private purposes by government employees, in contravention of the requirements of the Public Service Vehicle Rules.

The OAG recommended a central vehicle management policy that details the overall objectives, strategies and priorities for the SIG vehicle fleet, and that provides guidance for ministries in managing their vehicles. The OAG said such a policy is needed to facilitate consistency of approach by ministries in managing their vehicles, monitoring resource usage and developing an efficient fleet in terms of its size and vehicle mix.

It is not confirmed whether the cabinet has approved the use of caldinas and RAV4s as part of the government's fleet.