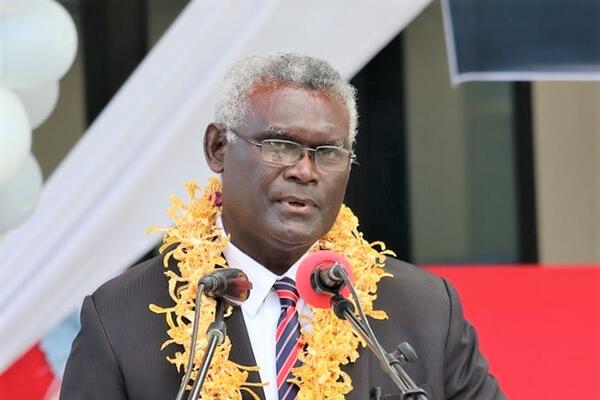 Prime Minister Hon. Manasseh Sogavare has warned the media that the Emergency Powers (COVID-19) (No.2) Regulations 2021 has provisions relating to Yellow Journalism.

Speaking in Parliament on the motion to extend the State of Public Emergency by a further four months in Parliament today (29th July), Prime Minister Sogavare said, the rationale for having this provision is to ensure that individuals or the media do not spread rumors or misinformation that may cause disturbances that may divert much needed resources to deal with such disturbances.

“I respect our freedom to express ourselves but I must say that I am extremely disappointed in how some individuals and mainstream media have continued to disseminate rumors and misinformation to our people,” Prime Minister Sogavare said.

He brought to the fore, recent media reports that were published in the past few days as pathetic and disappointing, especially since the publications are mere rumors, misinformation and just outright lies.

“The Government has been very tolerant of these malicious lies and rumors published in the media. We have demonstrated restraint but I must say our patience and restraint is surely tested with this yellow journalism,” Prime Minister Sogavare said.

Press, he adds, though not formally recognised as an established part of the formal political system, does play the role of the watchdog over the formally established three estates of the state - judiciary, legislature and executive.

Prime Minister Sogavare reemphasized, the role of the watchdog must be based on the press providing verified and reliable information to the public.

He said the press is accorded the title of ‘Fourth Estate’ because of the confidence and trust that the public has in the press as the watchdog.

Quoting Sir, Franklin D. Roosevelt. The Prime Minister said, “Freedom of the press is essential to the preservation of a democracy; but there is a difference between freedom and license. Editorialists who tell downright lies in order to advance their own agendas do more to discredit the press than all the censors in the world.”

Prime Minister Sogavare further quoted Arthur Hays Sulzberger, the publisher of the New York Times from 1935 to 1961 saying, “Perhaps we ought to ask ourselves just what freedom of the press really is. Whose freedom is it? Does it merely guarantee the right of the publisher to do and say whatever he wishes, limited only by the laws of libel, public order and decency...?

“The publisher is not granted the privilege of independence simply to provide him with a more favored position in the community than is accorded to other citizens.

"He enjoys an explicitly defined independence because it is the only condition under which he can fulfil his role, which is to inform fully, fairly and comprehensively. The crux is not the publisher's 'freedom to print'; it is rather the citizens' right "to know,” Sogavare added.