Wale Calls for Non-interference in Case Against Foreign Investor 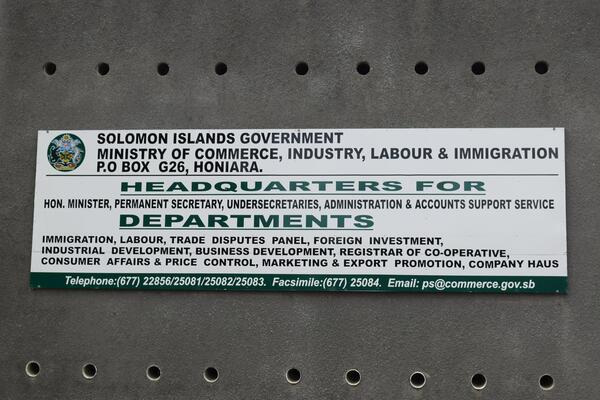 Wale says in such circumstances it is in the best interest of all those affected, and the public at large, that due process be allowed to take its cause.
Source: File: Facebook
Share
Monday, 14 June 2021 08:40 AM

Leader of Opposition Hon. Matthew Wale calls on the government to allow due process to take its cause in relation to the recent cancellation of SINO Capital’s Foreign Investment Board (FIB) approval.

SINO Capital, a foreign company currently operating in the country, has come under the spotlight in recent times with allegations of illegal logging operations, tax evasion and meddling in domestic politics.

“It is truly regrettable that this company has connections high up in the government which has served it well to the detriment of landowners and the Guadalcanal Provincial Executive.

“This has been going on for so long now and so must be stopped. While the country depends on foreign investors, they do have a duty to comply with our laws and respect our people’s rights which in this case, appear to have been affected,” says Hon. Wale.

He says in such circumstances it is in the best interest of all those affected, and the public at large, that due process be allowed to take its cause.

“It will be foolish of the Minister responsible therefore to even consider revoking the cancellation by FIB. Of course the company is entitled to defend itself, but this must be done through proper channels and not through political leveraging,” the Opposition Leader adds.