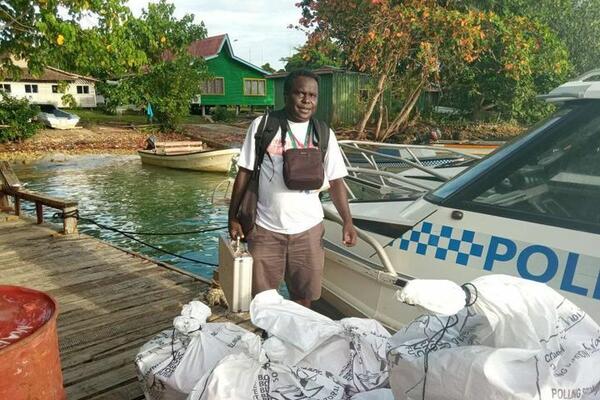 A new member of parliament for the South Choiseul constituency is expected to be announced today.

On Wednesday 19 May 2021, electorates in South Choiseul constituency went to the polls to vote for a new member, following the ousting of their former MP, Robertson Qalokale in a high court petition.

SIBC’s Gina Maka’a reported from the provincial capital, Taro that counting for the last two remaining batches of the ballot boxes will start at 8am today.

Counting started yesterday, following the arrival of the ballot boxes to the provincial capital, Taro.

The South Choiseul Constituency recorded 6,575 voters in its 2020 voter list.

“More than 400 people have registered to vote and I’m happy to say that 87 percent of registered voters have cast their votes at Kirugela ward.” Tanito told local media in Taro.

In conjunction with the South Choiseul by-election on 19 May was the by-election for Kirugela ward in East Choiseul constituency and Tikopia/Anuta ward in Temotu province.

Media coverage of the by-elections in Choiseul and Temotu are supported by UNDP through the Strengthening of the Electoral Cycle Solomon Islands Project, SECSIP coordinated by MASI.