Solomon Islands Voted Against its Own Values 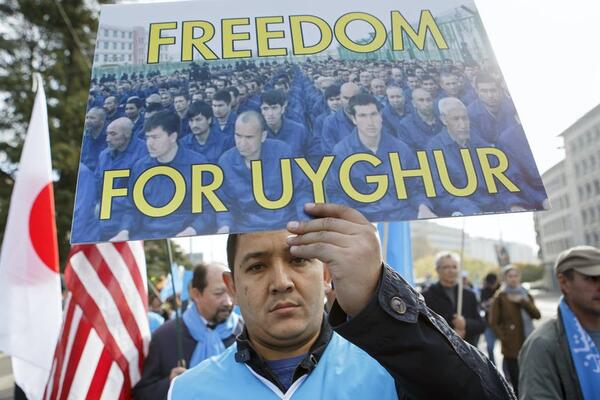 Like other democratic governments, Solomon Islands should be calling on China to provide meaningful and unfettered access to the United Nations and other independent observers to ascertain the situation.
Source: The Conversation
By Samson Sade
Share
Friday, 14 May 2021 09:49 AM

Less than a year after Solomon Islands switched to China the government was pressured to vote against its own democratic values and principles.

On the 1st of July 2020, during the 44th session of the United Nation’s Human Rights Council, our democratic values were traded when Solomon Islands stood with China on the issue of the Uyghur people in China's Xinjiang region.

“Solomon Islands stood with China, as did countries like Iraq, Iran, Venezuela, and North Korea. The joint statement was delivered by the Permanent Mission of Belarus at the 44th session of Human Rights Council. I think it is a bad signal, we have lost our way.

“Voting in China’s favour is a mistake, the foundation of our country is one that respects human rights and religious freedom. That is the basis of our young democracy, and this shift is worrying.”

The diplomatic tie between Beijing and Honiara was said to be forged on mutual understanding and respect for each other’s institutional and political integrity.

Despite this rhetoric, what seemed to transpire is that China is using its massive economic power to sway a sovereign decision in its favour.

It seems obvious that China will continue to bully vulnerable states like Solomon Island into voting against its conscience so as to elevate its own position at the world stage.

After all, China’s Belt and Road Initiative is not wholly infrastructure based as we are led to believe, but a disguised mission to slowly dismantle democratic institutions and values. In so doing, China is telling the democratic world that its way of doing things is more progressive and result oriented.

A spokesperson in the Office of the Opposition said that as a democracy, the country must at all cost defend and uphold democratic values, the foundation of our country. The spokesperson further said that any action that goes against our values must be questioned. Human rights and religious freedom are one of the cornerstones of such values.

He says like other democratic governments, Solomon Islands should be calling on China to provide meaningful and unfettered access to the United Nations and other independent observers to ascertain the situation.

Beijing denies the accusations and describes the camps as vocational training centres to combat religious extremism.

"Beijing has been trying for years to bully governments into silence but that strategy has failed miserably, as more and states step forward to voice horror and revulsion at China's crimes against Uyghurs and other Turkic Muslims," Human Rights Watch UN director Louis Charbonneau said.

We must not be bullied to go against our own values, the respect for human rights and religious freedoms must be guarded at all times – we must continue to promote it within our borders and speak up when it is trampled on outside our borders.

Attempts to get comments from other relevant government officials were unsuccessful.