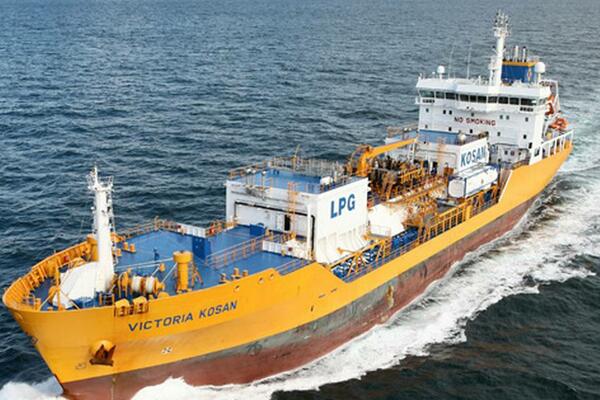 “This decision meant that our stock of cooking gas in the country was in short supply over the past few days. However, the decision taken by the exemption committee was appropriate to protect our country from a greater threat”, Sogavare says.
Source: Shipping Watch
By Georgina Kekea
Share
Wednesday, 28 April 2021 08:58 AM

The UK-flagged Inge Kosan with 12 confirmed COVID-19 sailors on board were also denied entry into the Solomon Islands.

The Inge Kossan made news when one of its crew’s dead body was found, washed ashore Vanuatu waters. The authorities in Vanuatu later confirmed the deceased had tested positive for COVID-19 including 12 of the 13 crew on board the vessel.

Speaking in his weekly statement, Prime Minister Manasseh Sogavare says the Oversight Shipping Exemption Committee has refused entry to the vessel when it discovered that 12 of the 13 crew were infected with COVID-19.

“This decision meant that our stock of cooking gas in the country was in short supply over the past few days. However, the decision taken by the exemption committee was appropriate to protect our country from a greater threat”, Sogavare says.

He said a different vessel was deployed to bring cooking gas to Solomon Islands. The vessel is expected to arrive in the country this morning.

The Inge Kossan was said to travel from Port Moresby, to Sydney, to Vanuatu and supposedly to Solomon Islands. In Sydney, 15 port workers boarded the vessel and have since been tested for COVID-19. 13 of the 15 have returned negative results while there are still no updates on the other two.

The Inge Kosan since denied entry by Vanuatu and Solomon Islands is now granted permission to anchor off Brisbane. It is expected to arrive in Brisbane at 10am today.

Arrangements were made for Australian health and officials to board the vessel with full protective safety gear.

AAP reported that Queensland is merely meeting its maritime obligations and support for seafarers. It is Queensland's government policy to support any vessel arriving in its waters needing medical assistance.

A spokesperson for the shipping company BW Epic Kosan told ABC News the COVID positive crew members were asymptomatic, and the crew member who tested negative is being kept in isolation.

“We have requested a copy of the autopsy report to understand what the cause of death is but we have yet to receive the report”, ABC news reports.