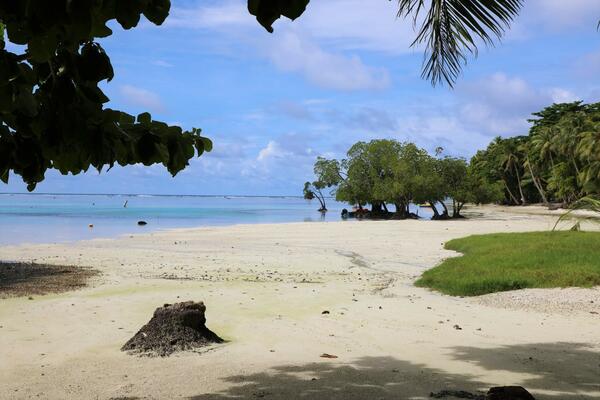 The Island’s remoteness and lack of communication facilities and police presence to look after the border is a concern to leaders and people of the island.
Source: George Herming, GCU
By Georgina Kekea
Share
Thursday, 08 April 2021 10:29 AM

There is an increased number of influenza-like illnesses in Sikaiana.

Prime Minister Manasseh Sogavare reported this in his weekly address.

Sogavare says that the government has received reports of influenza like illness and increased cases of diarrhoea at Sikaiana.

Sikaiana, an atoll in the Malaita Outer Islands (MOI) continues to experience food shortages as the impact of saltwater intrusion and storm surges continue to affect their garden patches.

In September last year, the government through the National Disaster Council (NDC) sent relief supplies to the MOI as well as conducted scoping activities to improve the set-up of the SIG COVID-19 response since MOI was included in the declared emergency zone due to close neighbouring ties with PNG.

The Island’s remoteness and lack of communication facilities and police presence to look after the border is a concern to leaders and people of the island.

“A health team is being assembled to travel to Sikaiana to undertake further assessment and institute appropriate management of the situation on the ground”, Sogavare says.

The population on Sikaiana island now is around 300.