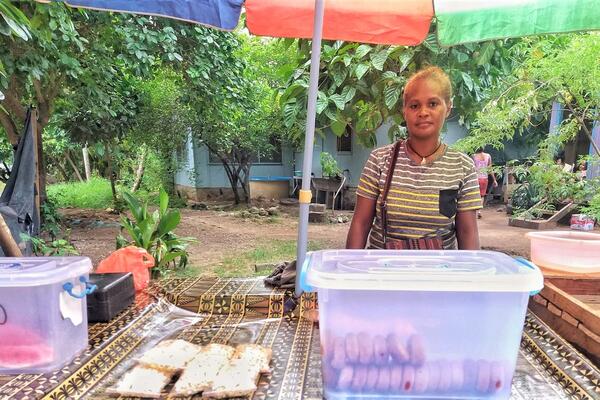 “I do not think yeast is the problem, the problem is those that brew kwaso, we just need to target them because they are the ones doing illegal activity, not us the mothers,” a visibly frustrated Grace said.
Source: STO
By Jeremy Gwao
Share
Friday, 29 January 2021 10:34 AM

The banning of yeast has been touted by the public and Premier Daniel Suidani of Malaita province is also openly supportive of the idea.

The call to ban yeast has come about because of increasing social disorders and disturbances caused by home brew, and the popular kwaso. One of the key ingredients in making home brewed alcohol is yeast.

So, the rational is, and now promoted by many, if we ban yeast it will limit or stop the production and consumption of home brewed alcohol and related social problems.

But it may not be that simple. Grace Judah, a mother of four young children who relies on the income she gets from the baking and selling of cakes, says the banning of yeast is the wrong approach.

"I think that the move to ban yeast, if it is true, will affect all market vendors where most sell cakes as a way of earning income.

“I am here everyday with my cakes, and I do this so that my family can survive. This is the most popular way to make money for most mothers I know who are not employed.

“I do not think yeast is the problem, the problem is those that brew kwaso, we just need to target them because they are the ones doing illegal activity, not us the mothers,” a visibly frustrated Grace said.

Illegal homebrew and the more popular commercial scale kwaso production has been a problem for decades. Arrests have been made, makeshift kwaso kitchens have been destroyed, yet this has not deterred people from brewing illegal alcohol.

People make homebrew and buy kwaso because it is cheap, and with the increasing tax on beer, wine and spirits, legal booze is now too expensive for many.

Those familiar with the issue say the banning of yeast is possible, and an approach being discussed is to limit its import to bakeries and approved outlets. It may also mean limiting the purchase of yeast by a single customer.