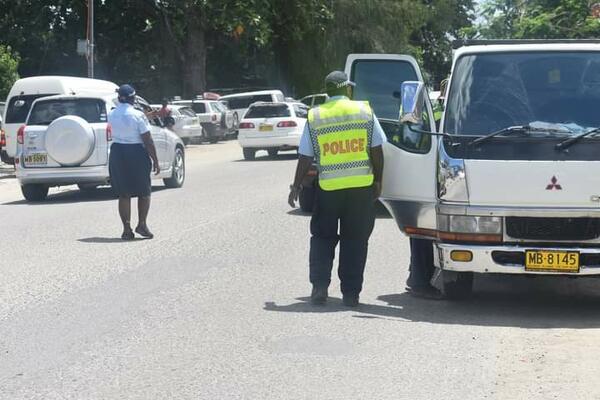 “A good number of police officers are on high visibility in the two constituencies to ensure our communities is peaceful to any act of violence,” says AC Pogeava.
Source: Supplied
Share
Saturday, 21 November 2020 15:03 PM

The Royal Solomon Islands Police Force (RSIPF) call on the people of Central Honiara and North East Guadalcanal Constituencies to accept the outcome of the By Election result.

The By Election in both National Constituencies have become necessary after the Members of Parliament lost their seats in election petition after the National General Election in April 2019.

Assistant Commissioner (AC) National Capital and Crime Prevention Mr Simpson Poqeava says, “RSIPF calls on all citizens, including chiefs, elders, church leaders and all women, men and youth leaders of the two constituencies to assist your police in ensuring that our communities remain safe and peaceful after announcing the winning candidates of the By Election.”

AC Poqeava says, “Police appeals to the good people of North East Guadalcanal and Central Honiara Constituency to accept the result of the By Election in the two National Parliament Constituencies. Any concern or issues arising from the voting should be referred to the Solomon Islands Electoral Commission.”

“A good number of police officers are on high visibility in the two constituencies to ensure our communities is peaceful to any act of violence,” says AC Pogeava.

He adds, “RSIPF also wants to appeal directly to all candidates, supporters and political party members to remember that your responsibilities as leaders during this period of voting. Please observe rules and regulations under the Electoral Act.”