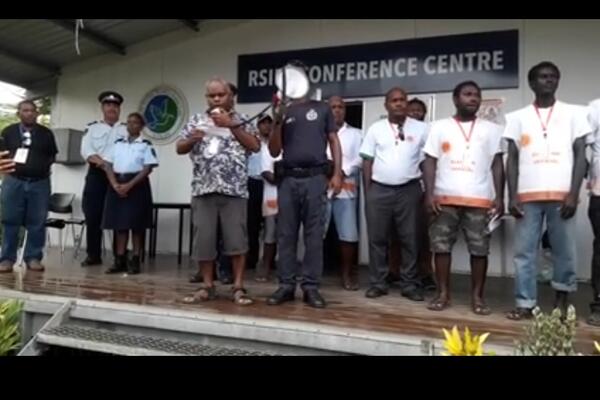 The formal declaration will be made later this evening.
Source: STO
Share
Friday, 20 November 2020 15:39 PM

Ethel Vokia has been declared the winner of the North East Guadalcanal by election.

The returning officer made the declaration in front of a waiting crowd outside the counting station after all formalities were complete.

Ethel Vokia is the wife of Jamie Vokia, who lost his seat through an election petition.

The formal declaration will be made later this evening.