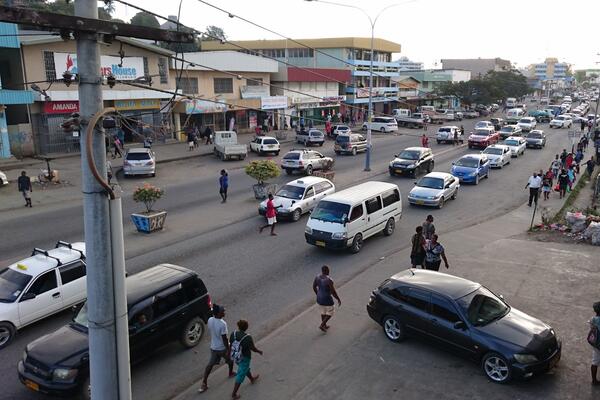 The Permanent Secretary clarified that imprests made to several senior public officers was for the payment of those youths engaged to conduct this price monitoring exercise.
Source: Inspirock
By Georgina Kekea
Share
Wednesday, 11 November 2020 08:43 AM

Youths engaged under the economic stimulus package (ESP) are being paid $150 daily allowances.

The Permanent Secretary (PS) in the Ministry of Finance and Treasury, Mckinnie Dentana, explained that the $2 million dollars allocated for the youths is for transport and daily allowances.

Initially, $5 million dollars was listed down in the ESP for the engagement of women, youths, and students to monitor the State of Emergency Regulations on price control and tax related issues. It is understood those engaged will continue monitoring the price of goods into 2021, and coverage will also include the provinces.

He says the public should be made aware that most of the imprest holders have retired money spent, and in some cases, money not expended have been returned. He says it is misleading to say that they are beneficiaries of the ESP.

Meanwhile, the Permanent Secretary in the Ministry of Commerce, Riley Mesepitu says the ministry does not have the budget nor the resources to carry out such monitoring activities.

“During this time of COVID-19 we are also mindful of how best we can help our customers, consumers so that they are given fair prices, so that's a very important component that we engage these youths”, Mesepitu says.

He says another activity that is happening now is a nationwide monitoring of tax compliance issues. Mesepitu says a lot of companies carrying out businesses in the provinces are evading tax and the government is losing out on revenue.

“Unemployment is on the rise which is why we are engaging these youths”, Mesepitu says.

More than 70 percent of the country’s population are under the age of 35.