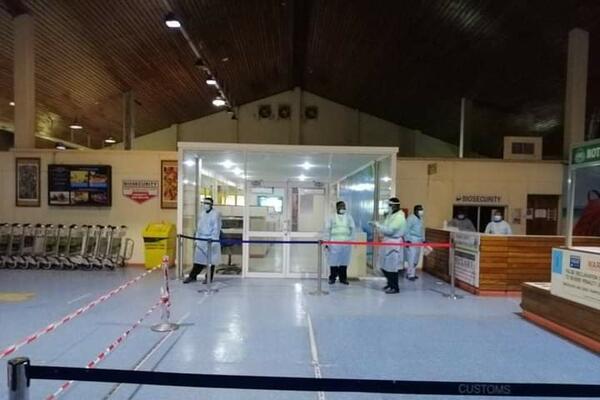 “These four are being kept in isolation as a precaution,” the Prime Minister said.
Source: YTF
Share
Monday, 26 October 2020 18:02 PM

Four passengers were red-flagged upon arrival from the repatriation flight from Auckland, New Zealand on Sunday night.

The four passengers were part of 22 passengers who were identified and swabbed upon arrival as part of normal standard procedures.

Prime Minister Manasseh Sogavare in his nation-wide address today said the passengers have been tested and currently being monitored while awaiting results.

“These four are being kept in isolation as a precaution,” the Prime Minister said.

The Prime Minister said contact tracing is underway to determine who was exposed to the four prior to boarding and during the flight as well.

However, he said authorities have decided to step up and do tarmac testing upon arrival to better manage passengers that arrived from the high-risk countries.

“That was why our health authorities did tarmac testing. The remaining passengers will be tested within 48 hours,” he said.

He said these are precautionary measures that are undertaken as per the standard operating procedures and protocols.

“Let me assure you all that our officials are working around the clock to keep us safe. Let us pray for them as they continue to serve and protect our people,” he said.

A total of 136 passengers arrived on the flight from Auckland.