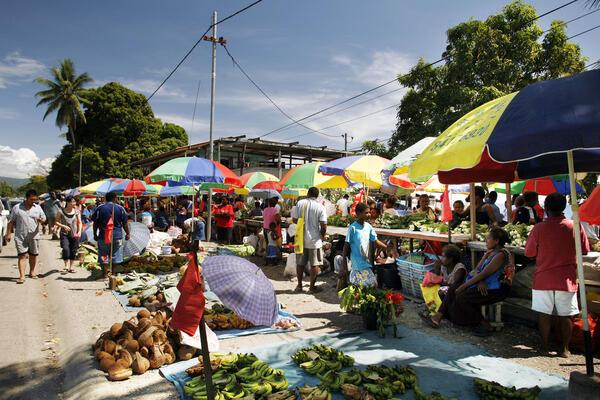 “The government has had ample time to prepare a budget that is attuned to the challenges and uncertainties posed by the COVID-19 pandemic,” says Wale.
Source: Global Education
Share
Thursday, 22 October 2020 13:57 PM

The Leader of Opposition, Hon. Matthew Wale, has expressed grave concern about the current state of the economy and the impact it is having on families and households throughout the country.

The Opposition Leader said there appears to be little hope going forward, with many families and households struggling.

Wale said the problems in our economy predates the covid-19 pandemic and the government has had enough time to address them but have not done so.

“COVID-19 has exacerbated an already precarious economic situation. The $309 million stimulus payments will have a short-term effect on the economy, provided it is directed at the right sectors with the highest potential impact. However, the delay in the way these payments are issued and injected into the economy are likely to dampen any such positive effects.

“The government has had ample time to prepare a budget that is attuned to the challenges and uncertainties posed by the COVID-19 pandemic,” says Wale.

The Opposition Leader however stressed that government fiscal policy targeted at the immediate short term situation that does not address some of the structural issues in the economy are likely to perpetuate the hardships faced by families and households.

“I am concerned about families and households being able to put food on the table, especially those in urban areas.

“School fees, public transportation, electricity, water, gas, clothing are basic costs that all urban families and households have to provide for themselves, on top of putting food on the table.

“But even rural households and families are feeling the same hardships at present,” Wale said.

Wale said the government should be exploring policy initiatives to create many jobs in the immediate short term, as the current approach is simply not good enough.

The Opposition Leader went on to add, “It is negligence of the highest order for the government to simply stand by and watch the deteriorating economic situation.

"The current stimulus program is inadequate on its own to both sustain economic activity and provide meaningful jobs for our people in the short to midterm. Anyone closely following what the government is doing will see clearly that this government has no sense of direction”.

He said the government has run out of ideas on what to do to lift the economy, and this does not give much hope to the citizens of this country.

“Solomon Islands is surviving in large part thanks to the generosity of foreign donors. Citizens should be talking to their members of parliament directly to get a sense of what they are doing about this situation,” the Opposition Leader added.