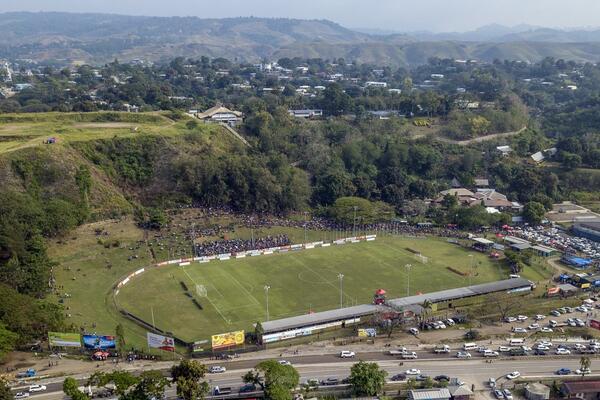 The PAC says the spillover effect on the local economy will only be realized if locals take up bulk of the work, including at supervisory level.
Source: File: SIFF
Share
Friday, 11 September 2020 09:35 AM

With construction of the facilities for the Pacific Games 2023 set to commence soon, attention is now turning to the benefit this project will bring to the local economy.

The project includes a national stadium with a sitting capacity of 10,000 people, aquatic center, tennis court, a new replacement track and field with 4 practice lanes, a large multi-purpose hall and an office and administration block to be used for the games.

The 2023 Pacific Games infrastructure is worth SBD$2.5 billion, with most of the funding coming from China. There are concerns that most of the labour force, particularly at supervisory level, will be from China.

The Public Accounts Committee (PAC), in its recent meeting to consider the Supplementary Appropriation Bill 2020, said that locals must benefit from this project.

The PAC says the spillover effect on the local economy will only be realized if locals take up bulk of the work, including at supervisory level.

In its response officials from the Office of the Prime Minister and Cabinet (OPMC) says that although China’s building codes were used in the design, they are working with the construction group to ensure that the building codes are re-aligned to Australia’s building codes.

The Building Code of Australia (BCA) is contained within the National Construction Code (NCC) and provides the minimum necessary requirements for safety, health, amenity and sustainability in the design and construction of buildings.

The OPMC says that by aligning the building codes to Australia, there is a greater likelihood that more locals will be hired.