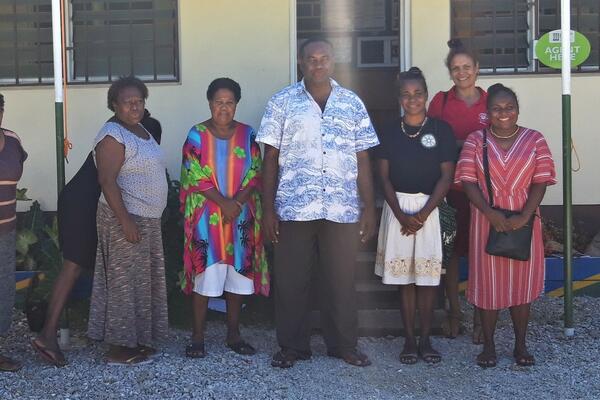 The first of the provincial women's forum is now underway in Tulagi, Central Islands province.

Coordinated by the Women’s Rights Action Movement (WRAM), this Forum brings women from the different wards in Central islands together to identify issues and challenges faced in their community.

One of the main aims of the forum is to foster solidarity amongst women, identify and prioritize key issues faced by women in the country, and strengthening the women’s movement in Solomon Islands.

Pionie Boso, WRAM Program Manager says the Forum being held in Tulagi is a collaboration of representatives from the Non-Government Organization (NGO).

“We have a relationship with the government through the Ministry of Women. A lot of work that we do is with the national government”, Ms. Boso says.

Boso says in the past, they usually brought women from the provinces to Honiara to participate in such forums.

“Because of COVID-19 we cannot bring all of the women to Honiara. So we are coming out to the provinces to hold this forum with them”, Ms. Boso says.

The intention of this forum is to inform government and international donor agencies about the issues facing women in the Solomon Islands.

The issues of interest include women in leadership, financial literacy, savings club, mentoring for young women and also to build relationships with the rural women of Solomon Islands.

“We’d like to see what would be the immediate need for them in what they’ve learnt. That would need collaboration with the government”, Boso says.

A visit to the premier of the central islands province and the provincial secretary was made before the forum proper starts on today.

Premier Stanley Manetiva says his provincial government is always supportive of such an initiative in the province.

He says because of this, he is happy that the Central Islands province was chosen to be the first province for such a forum.

Women participants to this forum come from Savo, Russels and Gela.

Outcomes of the provincial forum will also be made known to the Central Provincial Government to assist them in their plans and policies for women and girls of the central islands province.

The same forum will be held for Guadalcanal women in September.