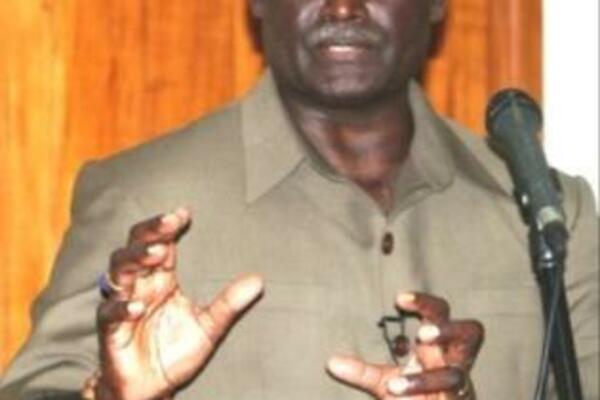 The Parliamentary Opposition Leader says that he is aware that most of the ministers in the current administration benefited personally from the funds.
Source: STO Archives
Share
Wednesday, 15 April 2009 09:30 AM

Prime Minister Dr Derek Sikua has asked for a 'please explain' to the Opposition Leader, Manasseh Sogavare, on how a ten million dollars funding from the Republic of China for cattle rehabilitation was used.

Mr Sogavare, however, stated on the SIBC, that it is not up to him to disclose how the money was expended, as he, during his time as Prime Minister, did not authorize any payments from that particular fund.

The Opposition Leader says that at the height of events leading up to the change of government at the end of 2007, a group of his ministers applied for the release of money for their own use. Mr Sogavare said although he was Prime Minister at that time, he did not authorize or give directives to the Central Bank for the release of the funds.

The Parliamentary Opposition Leader says that he is aware that most of the ministers in the current administration benefited personally from the funds. He said none of the money released to them was actually used for cattle rehabilitation projects in their constituencies.

Mr Sogavare stated on the SIBC that it is not up to him to show how the money was spent.

"I am now requesting the auditor general to audit the cattle account held with the Central Bank of Solomon Islands. First, he needs to establish if there is a threat by the Prime Minister to actually siphon 2.4 million dollars from the account. I also want to know where 8.5 million dollars went, in which the prime minister asked me to tell the nation, it's not me to tell the nation, the auditor general will tell the nation where the money went, who gave directives for money to be released from that account, and paid to who, and for what purpose."