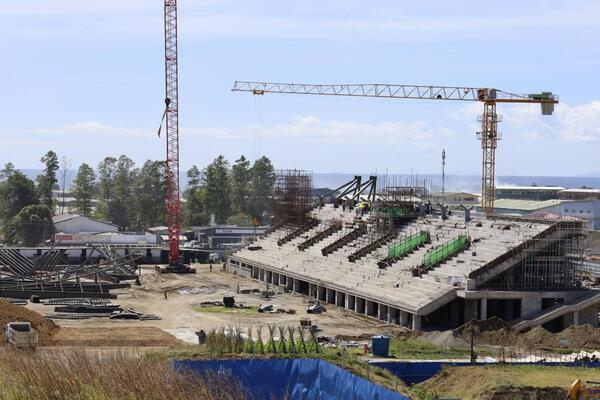 The bank also noted that the Solomon Islands needed to be aware of the cost of maintaining its new infrastructure projects and should build this into spending plans.
Source: File: Kyodo
Share
Wednesday, 02 November 2022 14:38 PM

The Solomon Islands will need to implement fiscal reforms such as alterations to its tax system and more efficient public spending or its debt levels may become unsustainable, the World Bank said in a report on Wednesday.

If changes are not made, public debt will reach the government threshold of 35% of gross domestic product (GDP) as early as 2026, it said.

The government of the Pacific island nation has undertaken several externally financed infrastructure projects including transport and sporting facilities for the 2023 Pacific Games, renewable energy, telecommunications, water, and health.

These are aimed at addressing development and growth challenges but are in part funded by concessionary loans adding to the country's burden, the bank said.

McKinnie Dentana, permanent secretary at the Ministry of Finance, said in a statement the Solomon Islands had worked closely with the World Bank in preparing the report and it provided useful guidance.

"We know we can expect a decline in logging revenues and identifying ways to diversify our country's income is a key focus of this government," Dentana said.

The bank also noted that the Solomon Islands needed to be aware of the cost of maintaining its new infrastructure projects and should build this into spending plans.

The report comes amid concern among Western countries about China’s growing influence in the Solomon Islands after its government struck a security pact with China in April that allows Chinese police to restore order and protect Chinese infrastructure projects.