Why Is the Constituency Fund Audit Proof? 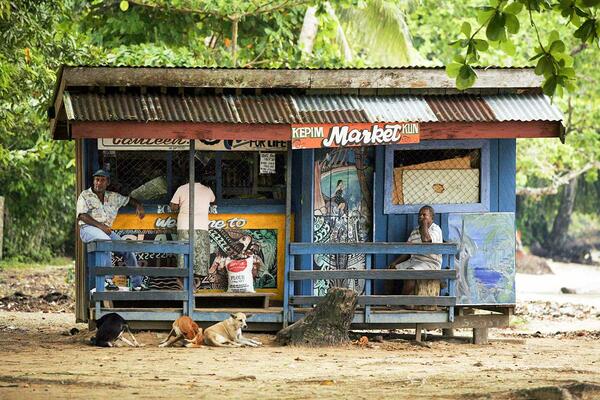 "On average all the provinces are receiving a sum of SBD$6 million to SBD$7 million per annum. This is approximately equivalent to the sum each constituency is raking in from the government coffers annually. But interestingly the CDF has been been escaping the audit spotlight for years."
Source: File
By Tahisihaka Andrew Dormans
Share
Wednesday, 08 June 2022 10:31 AM

Someone just asked this big time question and it deserves our time and effort given the significant resources involved.

Thanks to the on-going work by the Ministry of Provincial Government and Institutional Strengthening (MPGIS) to have the Provincial Capacity Development Fund (PCDF) subject to proper financial management system and have in place performance measures (PM's) on which assesment is conducted and audit is applied.

On average all the provinces are receiving a sum of SBD$6 million to SBD$7 million per annum. This is approximately equivalent to the sum each constituency is raking in from the government coffers annually. But interestingly the CDF has been been escaping the audit spotlight for years. No one cares about the impact or the outcome achieved from the funding.

Lets put Guadalcanal Province with eight constituencies under the radar and do a stock take. The total fund allocated and disbursed is SBD$56 million per annum. That's a huge financial package for constituency development. So looking at the PCDF and CDF, there is a huge difference or gap of approximately SBD$49 million dollars.

The PCDF is performance based and is subject to assessment and audit annually. Clear outcomes are set annually for the PCDF and are achieved by the provinces. In contrast this is not true for the CDF. Despite the challenges faced by the provinces, progress has been made over the years for the PCDF. But for the CDF what can be said about it? The answer is up to each one.

We all agree that CDF is public fund or is it not? If it is then why? Why turn a blind eye on it and pretend that everything is fine and legal? Huge financial resources however, there is no tangible outcome from the substantial fund allocation. Why the CDF is audit proof is a mystery. One can safely assume that CDF if audited could land a whole bunch of people behind the bar. Unfortunately, this assumption is only a wishful thinking. The nature and operation of the CDF is somehow a reflection of the outlaw in the wildwest. CDF is clearly above the reach of the legal tentacles. Apparently CDF is above the rule of law in this country.

In 2013 the CDF Act was passed in parliament only to be kept ungazzetted todate by the successive governments for almost a decade. In the recent past questions have been raised on this matter but I guess it is an outstanding task for the 12th parliament. It would be nice to see progress in gazetting the CDF Act 2013 or a complete repeal. There is something sinister about the delay and the whole CDF affair. The deliberate act of negligence by turning a blind eye on the CDF on the part of the government is a clear manifestation of irresponsibility and mismanagement.

Solomon Islands has always been seeking funding support from bilateral relationship with donors partners to address its development challenges and woes and in most times due to lack of money. Is it truly lack of money or the siphoning of money from the approved purposes that is sending Solomon Island back footed in its development and progress? Could it be corruption the culprit?

The rural life is pretty much rural with very little progress. Under the mighty dragon wings, Solomon Islands may have find shelter from the challenges that continues to haunt it over the last four decades or is it not?

Turning a blind eye on the CDF and not subjecting it to audit work resembles the black hole theory that no amount of funding would fill the gap. There will always be financial woes and constraints that will continue to throw us back in terms of meaninful development if public funds such as CDF is not subject to audit. Corruption will only thrive under such circumstances!

Hon. Tahisihaka Andrew Dormans is a Member of the Guadalcanal Provincial Assembly (MPA) and is also the Minister for Finance and Treasury.
He is the MPA for Birao Ward.