The Voice of China in Pacific Media 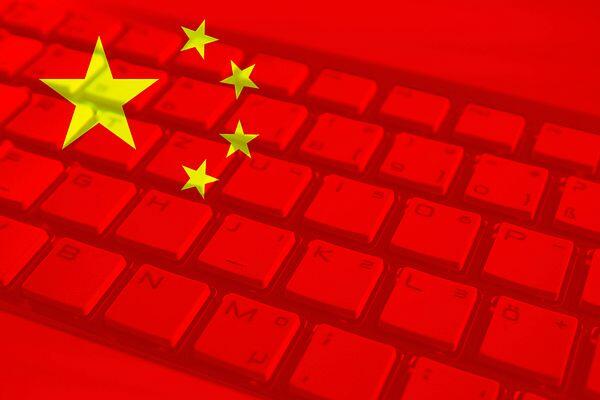 "I have seen stories about Chinese companies, Chinese political leaders and Taiwanese independence being heavily edited or removed by the Chinese Embassy in Port Moresby."
Source: The Diplomat
By POST COURIER REPORTER
Share
Tuesday, 24 May 2022 12:18 PM

The Chinese Embassy are exploiting and corrupting our media institutions. I have evidence. Money has spoken and there is now no independence and integrity in PNG media. My complaints have been ignored for too long. I can no longer hide these dirty secrets from our people and jeopardize my family future and our country’s future.

The rumours are true. Editors, managers and journalists at the Post Courier and The National are accepting payments from the Chinese Embassy in return for favourable stories and control of publishing. The exploitation and bribes allow China to advance their own egotistical agenda at the expense of PNG’s sovereignty and its people. I have witnessed many journalists at the Post Courier and The National accept large sums of Kina, new phones, laptops, and luxury trips to China, all off the books and in secret. The Chinese are willing to go to any length to corrupt us and buy our loyalty, more and more with success.

This corruption goes much further than capitalising on the greed and selfishness of these journalists. Once the Chinese Embassy have you hooked on money, they treat you like the puppet you are. Controlling you through threatening and intimidating emails and text messages to apologise, change or hide stories that criticise China or do not advance their political agenda. There is a very good reason why we publish no stories about sensitive Chinese issues. On many occasions, I and others have been threatened by the Chinese Embassy to not write about stories that they want hidden.

I have seen stories about Chinese companies, Chinese political leaders and Taiwanese independence being heavily edited or removed by the Chinese Embassy in Port Moresby. Sun Jia, the supposed ‘Director of Political Affairs’, Diao Yixiao and others at the Embassy censor and corrupt our journalistic independence and integrity. In my years of journalism, I have never heard of diplomatic staff from another nation trying to bribe and threaten local media. Diplomatic staff usually act with integrity and respect to best represent their nation but this is not what I am seeing.

Buying and threatening editors, managers and journalists to publish or hide stories does not seem to be the best way to represent China to our country. Or is this what the current Chinese leader and their Embassy representatives call diplomacy and respect? Quality journalism at the Post Courier and The National has not existed for a long time. We are often accused of not investigating stories properly. At the Post Courier, journalists have come under scrutiny for plagiarism many times and have even been publically humiliated by The Guardian.

I used to be proud of my career as a Journalist but now I am embarrassed. How can I have professional dignity when staff at the Post Courier and The National are accepting bribes and allowing themselves to be controlled by Sun, Diao and others at the Chinese Embassy? This is a breach of both our country’s sovereignty and the Media Council of PNG General Code of Ethics for the News Media.

In order to maintain public trust, freedom of speech and credibility of the news media, journalists are required to remain within the following guidelines derived from international standards.

“Disclose any conflicts of interest that affect or could be perceived to affect the accuracy, fairness or independence of your report. Never use your journalistic position for personal gain”

“Do not accept any benefit or gratuity that might be seen as personal gain in conflict with fair and unbiased news coverage at the time or in the future. When it is given it should revealed in the story
content”

It is clear that staff at the Post Courier and The National are not abiding by these ethics. They are allowing Sun, Diao and the Chinese Embassy to buy their loyalty and profit at the expense of PNG’s independence. They are no longer real journalists but mouth pieces of the Chinese government.

I will not sit quietly and allow my country to suffer because of the greed and selfishness of others. I cannot act without integrity – being a journalist is an honour and I will not stand by and allow this corruption to go unnoticed.

I will not continue knowing my family and future generations will not be able to rely on the institutions that are created to inform and protect them. I will not allow PNG journalism to be corrupted and controlled by the Chinese embassy.

Sun Jia, Diao Yixiao and the Chinese Embassy. Stop corrupting, controlling and threatening us. Managers, editors and journalists at the Post Courier and The National, uphold your journalistic integrity and independence. The Government of PNG must investigate this and protect our media industry. The people demand and deserve it. The suppression of truth is harming us and our nation. If you then do not change, we will know. And we will expose you. We know much more.