The Sovereignty of Solomon Islands Must be Preserved - Always 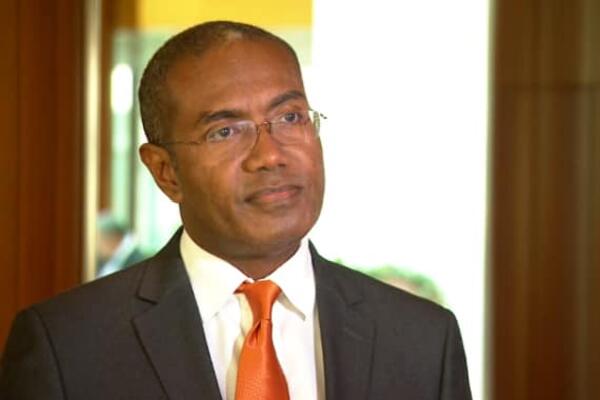 The statement and/or action by a Solomon Islander, however controversial it may have been, was made in Solomon Islands. This is a sovereign issue. This is an internal matter.
Source: File: ABC
By Hon. Peter Kenilorea Jr.
Share
Saturday, 13 June 2020 09:42 AM

In over 40 years of independence and conducting of diplomatic relations, no diplomatic ally has publicly spoken directly to Solomon Islanders, including national and provincial leaders, in an admonishing fashion to ‘stop making irresponsible remarks or actions’ against their/global policies, whatever those may be.

And true to a democratic society, Solomon Islanders have spoken up in the past on the national policies and actions promoted, implemented or undertaken by our diplomatic friends. Many Solomon Islanders would have made these statements from within our own borders. Others would have aired their views overseas, including through official interventions at international forums.

Over the years, ordinary Solomon Islanders and our leaders have spoken against actions, policies promoted and practiced by our traditional diplomatic allies. The more notable ones that easily come to mind included the Jeannette Diana affair, RAMSI, climate change, West Papua, treatment of indigenous peoples, gay marriage, perceived foreign interference, to name a few.

No doubt some of those opinions expressed by both ordinary Solomon Islanders and leaders alike would have more than irked our friends. But our traditional diplomatic friends have showed restraint and followed diplomatic protocols in their response. Certain statements or positions would have been taken as personal opinions only and swatted these away without drama. Our diplomatic friends, many of whom are democratic societies themselves, would understand that in a democratic country like Solomon Islands space is accorded for differing opinions and positions, including on foreign relations, to be aired. This is a hallmark of democracy.

But where they feel the strong urge to respond to statements or positions and actions taken by our national authorities on certain issues that impact upon their interests, our traditional partners would have done so through diplomatic channels, following long established protocols that govern relationships between nations. In this connection, a number of protest notes and démarches, would have been received by our Ministry of Foreign Affairs over the years raising matters of concern from their respective capitals to the Solomon Islands Government. Our High Commissioners and Ambassadors stationed in the capitals of our diplomatic friends to whom controversial statements or positions were targeted towards would have been summoned to explain matters and perhaps even be subjected to a dressing down.

Coming back to the recent comments by a provincial leader, who is not a diplomat, which was deemed to have impacted on national and international policies of a new diplomatic partner, normal protocol should have been followed as well by our new diplomatic partner to protest these ‘offending’ comments through our Ministry of Foreign Affairs.

This caution would have been from the Ministry of Foreign Affairs through the Ministry of Provincial Government to the provincial leader in question. The Ministry of Foreign Affairs would then inform the diplomatic partner concerned of the measures taken and give the appropriate assurances to the partner that the matter had been dealt with. This is the proper channel through which such matters should be addressed. This should be the end of the matter. This is how a country is run in an orderly manner. This is leadership in action. It addresses the issue that triggered the protest and simultaneously protects and safeguards our own internal processes. It ultimately preserves our sovereignty as an independent nation.

Instead, the Minister of Foreign Affairs publicly rebuffed the provincial leader, and in doing so introduced a new issue, one on divisiveness, to the fore. This issue of divisiveness coupled with words like ‘insurrection’ carelessly penned by a prominent journalist promotes incitement and further stoke public sentiments on a matter that could have been better handled through the above mentioned process.

Throughout all this noise we forget that at the heart of this saga is the humanitarian aid given by a former diplomatic friend, who had been offering similar support to many countries around the world including many other pacific islands who, like Solomon Islands, do not recognize them. There was not even a simple ‘thank you’ from the national government for this humanitarian assistance to one of its largest provinces. The silence on this humanitarian aid by a former diplomatic friend, who is now supposedly an integral part of our new partner, was deafening.

Humanitarian aid is never a crime. This is a well established dictum the world over. During these trying times we need all the support we can get. All these support complement our government’s own efforts in our preparedness against a deadly virus that has gripped the world. Such humanitarian aid should be seen as complimentary and not be seen as competition. If we are to fully subscribe to the policy being pushed by our new diplomatic partner promoting oneness on their side, it seems that our new partner is aggressively competing with itself to support us. Perhaps this is the case but a thank you from the national government is the right thing to do. It is the proper cultural thing to do as Solomon Islanders.

Herein lies the real tragedy of the saga. A celebration of real and tangible support that will have a direct impact on the lives of Solomon Islanders at a time of great uncertainty has been hijacked by abstract concepts and policies, culminating in an unprecedented direct admonishment by a foreign power of a Solomon Islands citizen, in Solomon Islands.

I am sure the Ministry of Foreign Affairs, if they have not done so already, will be summoning representatives of our new diplomatic partner to inform them on how internal matters in Solomon Islands are done, reminding them of established diplomatic protocols, our respect for democratic values, our own territorial integrity, the principle of non-interference, and our own sovereignty as a nation. Remind our new partner that there are protocols to adhere to if they are aggrieved by certain opinions, statements or actions. Caution that their direct and public admonishment of a citizen of Solomon Islands for expressing their belief, opinion, however controversial it may be, will not be tolerated.

We need to stand united during these trying times. Unity is key. Let us focus on what is important now during these uncertain times. We as a people, as diverse as we are, are stronger united than we are divided. And while we may face controversies and difficult times ahead, and while we may have differing views on policies, including foreign policies, we should not lose sight of the fact that our collective vision has and will always be for a better tomorrow for our peoples and beloved nation.

Let us always remember to put Solomon Islands first in all we do, uphold the values we believe in, with our hearts firmly fixed in the faith we have in our God, our Almighty Father, whom we all serve.

Hon. Peter Kenilorea Jr is the MP East Are Are and Chairman of Parliamentary Foreign Relations Committee

Disclaimer: Solomon Times Online may edit or delete your comment and cannot guarantee that all submissions will be published or remain online. The comments expressed on this page are those of the authors and do not necessarily reflect the official policy or position of Solomon Times Online.