The Pacific Islands Forum Leadership: Who and For What? 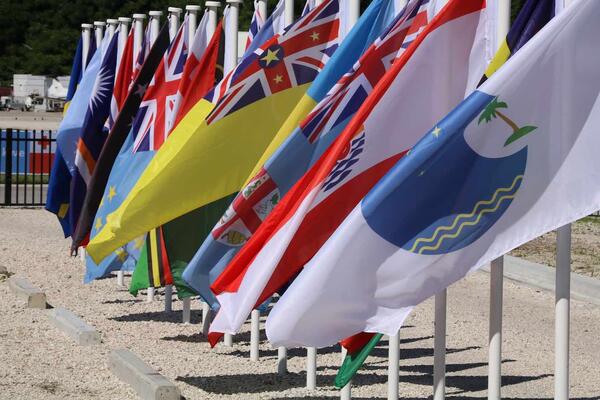 As well as being bureaucrat-in-chief of the PIF, the Secretary General is also Chair of both the Council of Regional Organisations in the Pacific (CROP) and the Specialist Sub-Committee on Regionalism, and the Pacific Ocean Commissioner, among others.
Source: Lowy Institute
By Sadhana Sen
Share
Thursday, 12 November 2020 12:08 PM

Five nations from the region have nominated candidates for the position of Secretary General of the Pacific Islands Forum (PIF) Secretariat to replace the incumbent, Papua New Guinea’s Dame Meg Taylor, whose contract ends in January 2021.

As well as being bureaucrat-in-chief of the PIF, the Secretary General is also Chair of both the Council of Regional Organisations in the Pacific (CROP) and the Specialist Sub-Committee on Regionalism, and the Pacific Ocean Commissioner, among others.

The Secretary General manages a budget of FJD167.6 million. Their salary inclusive of benefits amounts to approximately FJD500,000.

To be considered for the position, all candidates have to be endorsed by their national government. Nominations for this round would have been submitted to the Forum Chair, Mr Kausea Natano, the Prime Minister of Tuvalu. He, in turn, would have circulated all necessary papers regarding candidates to other Forum Leaders, at least six weeks prior to the 51st PIF meeting, now scheduled to be held virtually from 16 to 18 December. Here are the five candidates:

Who is likely to win? As a general rule, Fiji is disqualified from holding the position as it hosts the Forum Secretariat. And with five countries backing him, Ambassador Gerald Zackios must be the firm favourite. But nothing has been decided. Certainly, the competition is heating up.

The Micronesians feel it is their turn at the top job and indeed that it was promised to them. They have in fact threatened to withdraw from the PIF if their candidate is not selected, a threat that at least the present Cook Islands prime minister has described as ‘extreme’ and ‘unhelpful’.

What is interesting is that this appears to be the first time there is explicit competition for the role. Previously, selection of the Secretary General followed a set of unwritten precepts very much in the nature of the Pacific way, with unanimous decision-making, and rotation between the sub-regional groupings of Melanesia, Polynesia and Micronesia.

Through the 1980s and 1990s the position was held by a Pacific Islander, with the Deputy coming from PIF’s largest funders Australia or New Zealand, except for a period in the 1980s when an Australian was acting in the lead role.

Regional conflict, the 2000 Fijian Coup and the Solomon Islands RAMSI intervention in 2003 saw the then Australian Prime Minister John Howard breaking convention and nominating Australian Greg Urwin to the position. Extensive lobbying including an appeal to Urwin’s Samoan connections (he had served there as High Commissioner, and had married a Samoan), and the fact that Australia, PIF’s major funder, was promoting the supposedly-transformational ‘Pacific Plan’ saw Urwin appointed to the position, which he held from 2004 to 2008.

After Urwin, the next substantive Secretary General was a Samoan, and then the incumbent, a Papua New Guinean. Not surprisingly, the Micronesian countries think it is their turn now.

One complication is the appointment in May this year of former RMI Attorney General Dr Filimon Manoni to the position of PIF Secretariat Deputy. Dr Manoni also holds Papua New Guinean citizenship, and the Micronesian countries have made it clear that they don’t consider his appointment in any way relevant to the question of who should be the next Secretary General.

How PIF’s leaders resolve this will surely put the Pacific way and leaders’ wisdom to the test. Presumably, in the end the Micronesian candidate Ambassador Zackios will emerge as winner. There is an increasing tendency in international organisations to select leaders based on merit, or at least to try to. But experience at such organisations as the World Bank and International Monetary Fund has shown that old habits die hard and, the fact is, political bodies will make political decisions.
Before the Forum can declare victory and move on, it will need to confront two other issues.

The first is that if Ambassador Zackios, or any of the other three male candidates, does get the top job, then the entire senior management of the Secretariat – the Secretary General, the Deputy, and the four directors – would be all male.
It is well known that the Pacific has the lowest level of female political representation across the globe.

The Pacific Leaders Gender Equality Declaration signed in Rarotonga, Cook Islands, in August 2012 made gender equity a priority area for leaders. An all-male leadership at the Forum would be a huge backwards step (as recently as 2014, the Secretary General and two deputies were female). It would especially pose problems for Australia and New Zealand, which cover half the Forum costs, given their strong domestic constituencies for gender equity.

The second issue that will, or at least should, confront the Forum’s virtual leaders’ meeting in December is the perennial question of relevance, and how it can move beyond plans and communiqués to actually show results that bring about tangible benefits for the region’s citizens it serves.

One of the disappointing features of the December leadership meeting is that it doesn’t seem to have much by way of an agenda, beyond selecting the Secretary General. Of course this leadership position is crucial, but the apparently minimal agenda at this critical time does give rise to the question: leadership for what?

Author: Sadhana Sen is the Regional Communications Adviser at the Development Policy Centre.