Statement by the Administrator of the UNDP, Mr. Achim Steiner 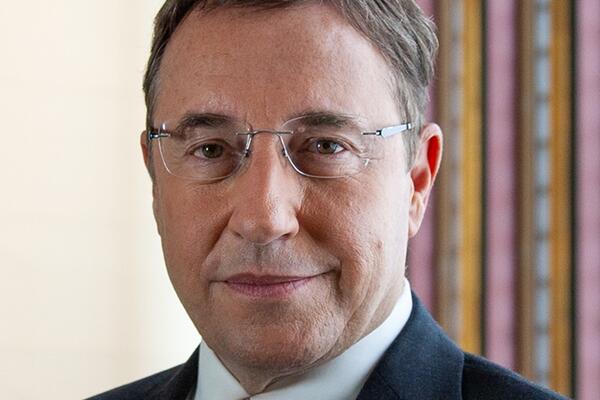 “This week’s G20 meeting ends with progress towards two global deals that could help developing countries to unlock significant levels of finance. However, these efforts should not end here -- in these turbulent times, these commitments need to translate into concrete actions that will ensure the equitable roll-out of vaccines in every country and drive forward a green COVID-19 recovery centred on decisive climate action.

The first of these deals - an agreement to implement a minimum 15% global tax on multinational businesses - will help to create a fairer and more stable international tax architecture. It is designed to ensure that multinational corporations will pay an appropriate share of tax wherever they operate, preventing countries from luring multinational companies with unreasonable low tax rates.

The second is related to the historic opportunity afforded by the new $650 billion Special Drawing Rights (SDR) allocation announced this week - the IMF’s largest allocation since 1945. The voluntary redirection of billions of dollars from wealthy countries could be a literal lifeline to developing economies, allowing them to contain the virus through rapidly expanding access to vaccines while also allowing them to invest in a green recovery. This proposal comes in the wake of a call by UNDP to reconsider how the SDRs are allocated - channeling unused SDRs towards developing countries, many of which are facing a vaccine emergency and a growing debt crisis.

At the Venice meeting, the UN Secretary-General António Guterres said that the G20 is best placed to lead the world in preparing and implementing this Global Vaccine Plan. He also called for the production of vaccines to be doubled and equitably distributed, using COVAX as the platform.

Complementing these efforts, the G20 Sustainable Finance Working Group, co-chaired by China and the US (and supported by a UNDP secretariat) is helping to mobilise trillions of dollars towards the Sustainable Development Goals, which will be crucial to power a global green recovery.

While these new openings hold immense potential, the G20 faces a number of significant hurdles in the run-up to the G20 Heads of State meetings being held in November 2021.

The first, and most urgent challenge, is to detail an implementation plan for vaccine availability in developing countries without further delay.

The second challenge is more structural, but no less urgent: climate action requires a hard commitment by the G20 before the UN Climate Change Conference (COP26) being held in Glasgow, United Kingdom. Decarbonization, and the growing need to address coordinated policies, incentives, and regulations to accelerate progress was also high on the agenda during the Venice meeting. Many countries pointed to the need for policy harmonisation, including when it comes to carbon pricing.

Moreover, developing countries also need reassurance that their ambition will be met with the necessary financial and technical support, including the $100 billion annual allocation for mitigation and adaptation action - a promise that has, tragically, been ignored by many advanced economies since the Paris Agreement was signed in 2015.

The pandemic has triggered an exceptionally challenging environment for development finance while crushing debt is undermining the ability of many developing countries to build forward better from COVID-19. During this G20 meeting, countries have acknowledged the urgency of acting collectively on vaccines, debt relief and climate finance but much more remains to be done. In particular, as the G20 prepares for the Head of State summit in October 2021, there is a pressing need to outline defined timelines as well as concrete deliverables and transformative financial commitments.

Decarbonization had been knocking on the door of the G20 Finance Ministers, and here at Venice it has taken centre-stage, alongside pandemic concerns. Moves to achieve carbon-neutrality will play out through different pathways - tailored to the needs of developing and developed countries alike. It will either open a new chapter for development or will add to existing divergence in the global economy.”