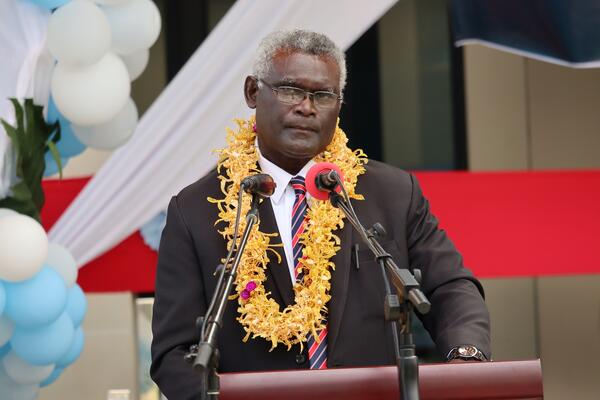 The International Federation of Journalists (IFJ) condemns the restriction of press freedom in the Solomon Islands and calls for the reinstatement of an independent SIBC.

The Prime Minister and Cabinet Office of the Solomon Islands mandated the SIBC censor its programs of perspectives critical of the incumbent government.

According to SIBC staff, the acting chairman of the board, William Parairato, outlined the new guidelines on July 29. Both news and paid programs are to be vetted in line with government regulations, as the government attempts to crack down on ‘disunity’.

The SIBC, which has moved from a state-owned enterprise to receiving all funding from the ruling government, had previously allowed paid programs to broadcast criticism of the government. The broadcaster also provided full live coverage of Australian Foreign Affairs Minister Penny Wong’s visit to Honiara in June, with coverage funded by the Australian High Commission.

Prime Minister Manasseh Sogavere has been unavailable for comment, as reported by several news organisations. In recent months the Solomon Islands has further developed existing links to China, which the Australian Broadcaster Corporation argues is indicative of authoritarian and anti-journalist developments in Solomon Islands’ leadership.

The IFJ said “The censoring of the Solomon Island’s national broadcaster is an assault on press freedom and an unacceptable development for journalists, the public, and the democratic political process. The IFJ calls for the immediate reinstatement of independent broadcasting arrangements in the Solomon Islands.”