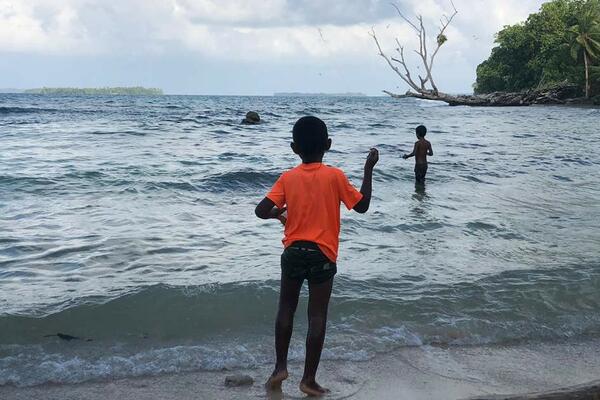 “This is a hard-won victory for Wagina Island residents who rely on their island and waters around the proposed mining site for their livelihoods,” said Richard Pearshouse, Amnesty International’s Head of Crisis and Environment.
Source: Supplied
By Amnesty International
Share
Monday, 09 November 2020 08:26 AM

The Solomon Islands Minister of the Environment has upheld a decision that had refused the development of an open-cast bauxite mine on Wagina Island.

“This is a hard-won victory for Wagina Island residents who rely on their island and waters around the proposed mining site for their livelihoods,” said Richard Pearshouse, Amnesty International’s Head of Crisis and Environment

“The Minister has heard their concerns loud and clear: environmental decisions are always better when local communities are adequately consulted. When Amnesty International conducted research on the ground in 2019, many community members said they did not feel sufficiently informed or consulted about this mining proposal.”

Wagina Island is a remote island of approximately 80 km2 in north-west Choiseul Province. Its residents are originally from Kiribati, having been relocated in the early 1960s by the British colonial administration. Estimated at around 2,000 people, they live by subsistence farming, fishing and seaweed farming.

In December 2019, following an investigation on Wagina Island, Amnesty International called on the Minister of the Environment to conduct face-to-face consultations with local communities to hear their concerns before deciding the fate of a proposed open-cast bauxite mine. Residents told Amnesty International that they were concerned about the possible impacts from mining on fishing and sea-weed farming from mine run-off or disturbances to fresh groundwater discharges into the sea.

The Ministry of Environment had granted Solomon Bauxite Limited (SBL) a permit to mine there in 2013. The next year, Wagina Island residents fought the decision, eventually winning a Supreme Court stay on the mine’s development until the matter was further scrutinized. In March 2019, the Environmental Advisory Committee overturned the mining license, after residents raised fears it could impact livelihoods on the island.

The Minister’s latest decision comes in response to an appeal from SBL to overturn that March 2019 move.