Sharenting and the Cost of Internet Connectivity 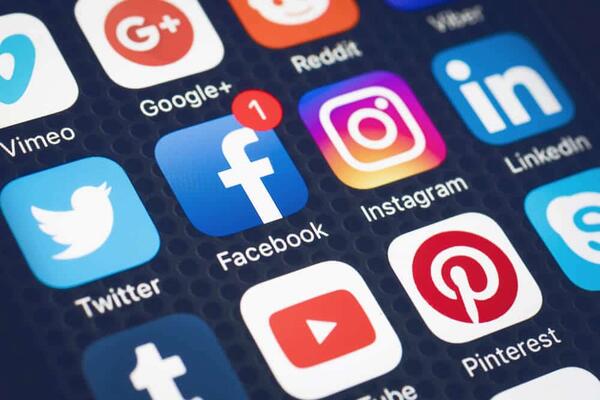 While the report identified three digital literacy strategies, these all focused on the parent talking with their child about content, restricting access, and being present while the child engages with the online environment.
Source: ZAAAX Design
By Stephanie Koorey
Share
Wednesday, 11 November 2020 09:49 AM

With fibre-optic cables being rolled out to Pacific Island countries, increased Internet connectivity has the potential to change Pacific societies in numerous ways, Stephanie Koorey writes.

The report, based on field research in three Pacific countries – Papua New Guinea, Kiribati, and Solomon Islands – rightly identified many of the potential benefits this could bring in terms of education, health, social networks, entertainment, and overall economic development.

Still, the report also explored what potential harm Pacific Island people were most concerned about on the cusp of such a significant infrastructure moment. Immediate connectivity comes with amplified benefits, but also risks.

Some elements of the report were not too surprising – fears over accessing inappropriate content such as horror or pornography, cyberbullying, and, for the largely patriarchal Pacific, fears of increased harassment and violence against women and children.

The restrictions and economic strains placed on families by COVID-19 have amplified this violence already. Interestingly, extreme risks, such as online grooming, exploitation, and trafficking were not seen by teenagers and pre-teens as being of concern to them, it was adults who were most concerned, particularly in Papua New Guinea and Solomon Islands.

Further, social media and entertainment platforms were identified by all stakeholders as being the areas of biggest risk, perceived as the means through which bullying, and hacking were most likely to occur.

Unlike perhaps many other regions and countries, parents, particularly mothers, were identified as being the most trusted source of advice that children would go to.

Yet, parents reported feeling ill-equipped to give that advice, with digital literacy being far too low to respond appropriately to the range and sophistication of online risks.

While the report identified three digital literacy strategies, these all focused on the parent talking with their child about content, restricting access, and being present while the child engages with the online environment.

The Cyber Safety Pasifika program, run through the Australian Federal Police, also lists a multitude of straightforward factsheets and tips for improving cyber safety. These are useful, but initiatives must acknowledge that staying safe online is not about completing checklists and must be about continuous process of education to keep up with technology.

This is a useful attempt at tackling a thorny policy problem, what can government do about parents or other carers making ill-informed decisions about online engagement for their families?

One example of this potentially poor decision-making is ‘sharenting’. Online analyses, news articles and a growing academic literature have identified sharenting as a significant problem for societies now more than 20 years into the widely available digital age, and in the decade of social media.

Sharenting is when parents share details about their children on social media over time, or inadvertently gives away details located in the image. For example, a social media post about a child’s birthday celebration with images of the day could give a malicious actor access to what they look like, their first name, likely surname, where they live, how old they are, family members and friends, and potentially things they like, such as sporting teams, animals and favourite foods.

This could well lead to online fraud or identity theft, which may not be discovered until years into the future – two years ago it was reported in the United Kingdom that sharenting “will account for two-thirds of identity fraud facing young people by the end of the next decade and will cost £667m ($1.2 billion) per year”.

If continued, it “will produce 7.4 million incidents per year of identity fraud by 2030”. Sharenting also exposes a child to potential grooming by predators.

The United Kingdom Children’s Commissioner has produced a deeply disturbing digital timeline identifying data generated by age range of British children, and risks are only growing.

While this is just one example, sharenting, like all other kinds of risky online behaviour, is a global practice and has a global reach. Pacific policymakers should keep all these risks in mind in the region’s transition to higher levels of digital connectivity.

As the digital footprint many parents have inadvertently created for their children can be misused, it is often caring parents who are unwittingly creating the very circumstances they are trying to prevent for their children, and this should be taken into account.

Ultimately, in the Internet age, far too many consumers and carers are digitally-illiterate, and any strategies to address cyber safety and cyber security in the Pacific must face this uncomfortable fact and seek to remedy it.

Stephanie Koorey is a Research Fellow at ANU Cyber Institute and Manager of the Ninian Stephen Cyber Law Program at ANU College of Law.