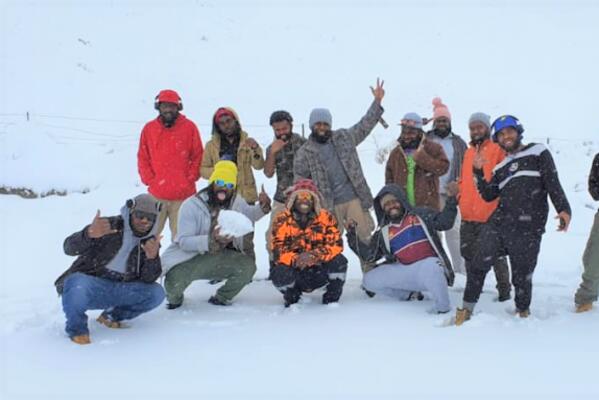 In early June, after two months of lockdown due to the COVID-19 global pandemic, New Zealand moved to its lowest Alert Level. Life has effectively returned to normal with the exception of strict border controls to minimise the risk of COVID-19 entering the country.

In late March when New Zealand went into lockdown, more than 9,000 Pacific seasonal workers and a small number (800) from Southeast Asia were employed in the country’s horticulture and viticulture industries under the Recognised Seasonal Employer (RSE) scheme.

Classified as ‘essential’, RSE workers have been engaged in harvesting and pruning work over the summer and autumn months, and most have been employed throughout New Zealand’s various Alert Levels (from Level 4 in late March down to Level 1 in early June) and associated easing of restrictions.

Significant collaboration between RSE employers, industry groups and various government agencies has been required to keep RSE workers employed. Under Alert Level 4, the Ministry of Primary Industries worked closely with RSE employers to implement strict hygiene, social distancing, and health and safety measures to enable RSE workers to remain in their ‘bubbles’ on worksites, as well as in their daily transport to and from work, and in their accommodation. On 2 April the New Zealand Government extended all temporary visas, including those for RSE workers, to 25 September, and Immigration New Zealand (INZ) has been processing thousands of Variations of Conditions of RSE visas to allow RSE employers to shift their workers between different regions and crops.

April and May were busy months with the apple and kiwifruit harvests providing plenty of work for RSE workers. By late June, however, those harvests had come to an end and demand for seasonal workers dropped. Usually over the winter months from July to September around 6,000 to 7,000 RSE workers are employed for winter pruning work in grapes and kiwifruit. With over 9,700 in the country at the start of June, this indicates an oversupply of more than 3,000 workers. This is especially problematic in the Hawke’s Bay region where there are around 1,700 RSE workers employed for the apple harvest who should already have returned home.

RSE employers with workers whose original employment agreements have expired, and without full-time work available for their workers, have been reluctant to renew workers’ contracts because of the New Zealand Government requirement to guarantee at least 30 hours of work each week.

Instead, employers have been offering their workers as many hours as possible, in some cases averaging around 20 hours per week, as they try to spread what little work they have among their seasonal workforce. Twenty hours is enough to cover workers’ living costs, but leaves them with little money to save or send home to support their families.

Similar to the Australian Seasonal Worker Programme, bureaucratic red tape and a lack of operational flexibility have hampered efforts to respond quickly to changing circumstances and shift RSE workers between regions, jobs and employers.

Some RSE employers have expressed frustration at the delays in visa processing, the limitations on the types of jobs RSE workers are able to perform on the orchard/vineyard, and the inability to employ workers in different sectors (e.g. forestry) to keep them gainfully employed.

Concerns have also been raised about workers’ health and welfare as they cope with the ongoing stress associated with the uncertainty of when they will get home, boredom due to lack of work and dealing with the cold of the New Zealand winter.

There has been a reported increase in pastoral care incidents including antisocial behaviour and alcohol consumption among groups with limited work and those wanting to return home. In some regions, local community groups and Civil Defence have been providing support such as food packages and warm winter clothing.

For ni-Vanuatu workers whose families have been badly affected by Cyclone Harold, the charity Fruit of the Pacific has been raising money to help with cyclone relief efforts. Further ways to support workers include opportunities for additional training for those with reduced work hours through the Ministry of Foreign Affairs and Trade (MFAT)-funded Vakameasina program, which delivers training to RSE workers.

With the arrival of confirmed cases of COVID-19 at New Zealand’s border (23 active cases on 8 July), and a spike in cases in Australia, initial hopes of a Trans-Tasman bubble, and possibly a Pacific travel bubble, appear to have been put on hold, reducing the likelihood of commercial flight pathways for RSE workers to return home in the near future. Major efforts are underway by MFAT, in conjunction with RSE employers and industry groups, to send Pacific workers home. (These efforts will be discussed in a followup article)

Two initiatives to support RSE workers have been announced in the last week. The Department of Internal Affairs (DIA) in association with the New Zealand Red Cross has launched an assistance program for migrants in New Zealand experiencing serious hardship due to COVID-19. The DIA program makes in-kind support available to cover essential costs such as rent, utility bills or food. RSE workers without work or with insufficient hours to meet their expenses are eligible to apply, and assistance will be paid directly to RSE employers based on the living costs they deduct from workers. This is a significant initiative to support workers, enabling them to retain their savings and remittances to families at home.

New Zealand’s Minister for Immigration announced further support for RSE employers and their workers on 8 July, with the introduction of more flexible work arrangements. The new, time-limited visa changes allow RSE workers who are currently without a formal RSE employment agreement, and unable to return home, to undertake part-time work at a minimum of 15 hours per week. There are no limits on the roles they can perform. Workers who qualify will be issued with a new limited visa, valid until 30 October 2020, which enables them to work in any industry, doing any role, while awaiting repatriation. Workers are still employed by their RSE employer who must agree to honour all RSE commitments and provide pastoral care.

However, RSE employers can now also subcontract their workers to employers in industries other than horticulture and viticulture. The work must be approved by the Ministry of Social Development to ensure no suitable New Zealanders are available. This is a major departure from the standard requirements under the RSE work policy in recognition of the exceptional circumstances presented by the COVID-19 pandemic and associated border closures. These changes will be welcome news for RSE workers, many of whom are likely to remain in New Zealand for the foreseeable future.

------
This article appeared first on Devpolicy Blog (devpolicy.org), from the Development Policy Centre at The Australian National University. It is part of the #COVID-19 and the Pacific series.

Charlotte Bedford is a Research Fellow with the Development Policy Centre.