Reviving The Rich Heritage of Our Old Capital Tulagi 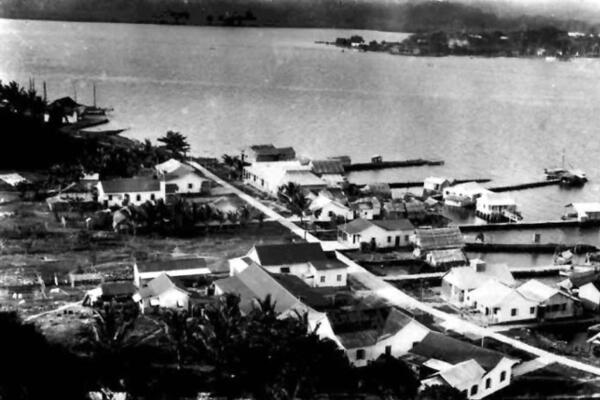 Only 42.7km of sea water separates Tulagi from Honiara. Despite the close proximity of both urban centers, little is known by Solomon Islanders of the town that was once the hub of this country.

In 1893, Britain declared Solomon Islands a British Protectorate, four years later, in 1897, it established its administrative center in Tulagi.

Resident Commissioners of the Colonial Government made their home on the island in the years it was the administrative center. Merchants and traders traveled through the harbour with goods and merchandise. Burns Philip and Co. also had its steamers carry out regular shipping service from Sydney to Tulagi.

Chinese traders also have an establishment called Chinatown situated in Tulagi. Some of the small trading ships were owned by the Chinese. They also travelled from island to island.

For almost 50 years, Tulagi was the capital of the Solomon Islands. Its main facilities consist of the courthouse, prison, post office and the government hospital. The town was mostly populated by Europeans and Chinese.

Before world war two, thousands of Solomon Islanders passed through Tulagi as indentured or casual laborers. Most of the work done on the island was by Solomon Islanders as laborers. At most they worked to earn £20 per year. This is equivalent to SBD$220 today.

Apart from the laborers, there were also the prisoners who made Tulagi what it is now. Cut hill, an iconic site on Tulagi Island was dug by the prisoners and laborers in 1918.

123 years on, there is nothing much left on the island to show for its rich culture and heritage.

Only a few landmarks are there now to remind Solomon Islanders of the colonial days. Cut hill is one iconic landmark in Tulagi now.

Towards the western side of the island of Tulagi lies a cemetery for foreign nationals who died while working in different administrations under the British Solomon Islands Protectorate. Most graves are just sand dunes with no marking to claim identity.

Fast forward to 2020, signboards are now erected by the Provincial Government Strengthening Project (PGSP) to identify the heritage sites. Some of the signboards were already destroyed by vendors and bad weather conditions. Only a few still retain their purpose of identifying what these landmarks are.

With this, the Resident Commissioner’s No.1 house was one of the topics that made it to the government’s talking table.

“Fellow citizens, despite the pandemic, I am also pleased to note that the Ministry of Culture & Tourism has held two fruitful meetings with the Malaita and Central provincial governments with two Memorandum of Understanding to be signed soon.

"This is in regards to the continuation of the House No. 1 Project and Tourism investment facilitation programs for the Central Islands Province, which will host the Colonial History Museum of the country”, Prime Minister Manasseh Sogavare said recently.

With so much history and heritage, the Colonial History Museum is welcoming news for the central islands provincial government.

A reenactment of the Tulagi club is also in the making where an engineer is currently doing designs for the infrastructure.

“A similar kind of structure to that of Point Cruz Yacht Club where members can come and enjoy their time here in Tulagi”, Alan Siale, CIP Provincial Secretary says.

While the tourism sector has been greatly affected by the COVID-19 pandemic, this does not deter the national and provincial government from carrying out their plan.
The Permanent Secretary in the Ministry of Culture and Tourism says they are now encouraging domestic tourism and how this can be facilitated with private sectors.

“SBD$2.9 million has been allocated by the government for this project, pending cabinet approval of course. The Provincial Capacity Development Fund (PCDF) will support additional infrastructure for the project”, the central provincial secretary, Allan Siale says in an interview with Solomon Times Online.

Meanwhile Prime Minister, Manasseh Sogavare says the MOU will set the pathway for collaboration between the tourism & culture ministry and the Provincial Governments, for joint execution and implementation of key tourism projects over the next financial year.

Should this project come into fruition, Tulagi will certainly be an attraction site for both locals and international visitors. With its rich history and its close proximity to Honiara, it will be an ideal spot for travelers. The return trip to Tulagi via OBM is SBD$100.

Currently the Island is home to both national and provincial government workers, church and missions’ staff as well as workers from other private public entities.

The estimated population on the island now is 1800.