Responding to COVID-19: Time to Refocus on Pacific Governance 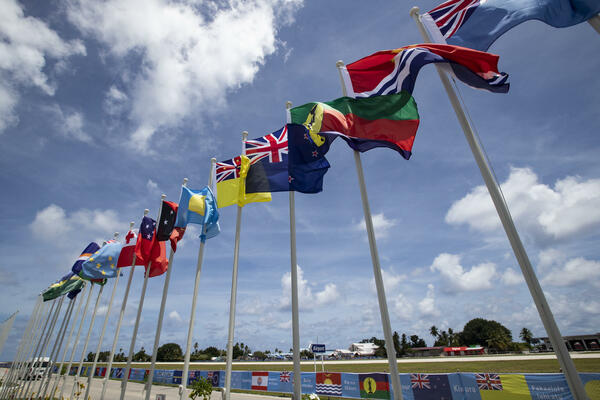 While COVID-19 has become a handy excuse for island governments to blame for their economic problems, it has also exposed the weaknesses in the governance of economic policies and economic performance in Pacific Island states in general.
Source: HPR
By Biman Chand Prasad
Share
Wednesday, 14 October 2020 09:05 AM

There have been many proposals made to deal with the fallout of COVID-19 on the Pacific Islands, and for how 'big brothers' Australia and New Zealand could assist in the recovery.

The suggestions include a stimulus package from Australia and New Zealand, an increase in the number of seasonal workers from the Pacific to these countries, and supplies of COVID-19 related medical resources such as testing kits and vaccines when they become available. These are part of renewed calls to strengthen regional cooperation to deal with the socio-economic effects of the pandemic and to minimise its immediate and future impacts.

While these offers are all welcome, what is often ignored in these discussions is the vulnerable state of some Pacific Island economies before the pandemic due to structural weakness, and the challenges placed on development from governance systems lacking in accountability and transparency. There have been serious concerns about Pacific aid effectiveness for decades. Much aid failure and wastage can be put down to poor governance and mismanagement. For instance, despite copious amounts of health aid, the response to COVID-19 has made it clear that the region’s governments don’t trust their health systems at all.

While COVID-19 has become a handy excuse for island governments to blame for their economic problems, it has also exposed the weaknesses in the governance of economic policies and economic performance in Pacific Island states in general.

For example, growth in the Fijian economy had virtually come to a halt well before the COVID-19 pandemic. The expansionary fiscal policy of borrowing and spending over the last five years left no fiscal space for stimulus and relief to address the impact of COVID-19. When the crisis struck, Fiji was left with no choice but to borrow even more heavily. The emergency COVID-19 budget took Fiji’s debt to GDP ratio above an astonishing 80%, and it is likely to rise above 100% by the middle of 2021. As the Fiji media academic and journalist Dr Shailendra Singh remarked in a recent article: “We are living on borrowed funds and on borrowed time. The question is, for how much longer?”

To address the impact of COVID-19, countries in the Pacific will have to rely heavily on our development partners for financing. But this is also a time to revisit – and where necessary, reset – economic governance.

Even before COVID-19, climate change had become the smokescreen for shortcomings in governance, with incessant calls for funding. Of course, Pacific countries do have genuine concerns, but it is crucial that these resources are not mismanaged or diverted from priority areas, which has been a problem in the Pacific. For example, the multinational observer group on Fiji’s 2018 Election witnessed massive vote buying expenditure prior to the election, for which donor funds for specific development purposes were utilised.

Most countries in the Pacific have been able to navigate their foreign policies to their advantage over the last two decades, based on opportunities that have arisen due to the changing geopolitical environment. The increased influence of China through loans and development aid, often without too many conditions, has allowed these countries to sometimes ignore traditional partners, such as the US, UK, EU, Australia and New Zealand, that would ordinarily link aid to human rights, democracy, transparency and accountability in governance.

After the military coup in 2006, Fiji led the move away from these traditional partners to China, and some other Pacific Island countries followed suit. Besides China, they also set up embassies in countries like Indonesia, Ethiopia and the UAE, which are not exactly renowned examples of democratic states. These moves engineered the formation of the Pacific Islands Development Forum (PIDF) by Fiji to challenge the Pacific Islands Forum (PIF), especially members Australia and New Zealand, largely in response to their opposition to the 2006 military coup. Ironically, with the PIDF more or less defunct, Fiji is back in the PIF and wanting to play a more active role.

Quietly concerned about China, our traditional partners have since unveiled new strategies for enhanced engagement with the Pacific. Australia announced its Pacific Step-Up, New Zealand the Pacific Reset, and the UK has the Pacific Uplift. After stepping back from the Pacific in 2000, the EU and US have also expressed their intention to increase their engagement in the region.

Unfortunately, along with increased aid has come a growing reluctance on the part of our traditional partners to raise the deteriorating standards of governance, democracy and human rights in the Pacific. Some diplomats from traditional partners and international organisations in Pacific countries are obsequious to government ministers in the region. It seems that these officials would rather turn a blind eye to bad governance than risk causing any offence.

The apparent culture of sycophancy and servility that has started to develop in the international diplomatic community in the Pacific was not always there. In previous decades diplomats to the Pacific were outspoken on governance and democratic issues. There was no compromise. Has China changed the game?

These efforts by our traditional partners to enhance their engagement with Pacific countries will not work. Pandering to dictatorial governments, and ignoring basic human rights, democracy and declining standards of governance will only serve to impede meaningful, long-term development in the Pacific. It will also allow countries that do not care about human rights, democracy and good governance to have a stronger foothold in the region, shifting the geopolitical balance for good.
'Dancing with the devil' is not a long-term strategy or solution. The only way forward is for all Pacific governments to improve standards of governance, and for traditional donors to do a better job of holding them to account.

---------
This article appeared first on Devpolicy Blog (devpolicy.org), from the Development Policy Centre at The Australian National University. It is part of the #COVID-19 and the Pacific series.