Press Statement from The White House 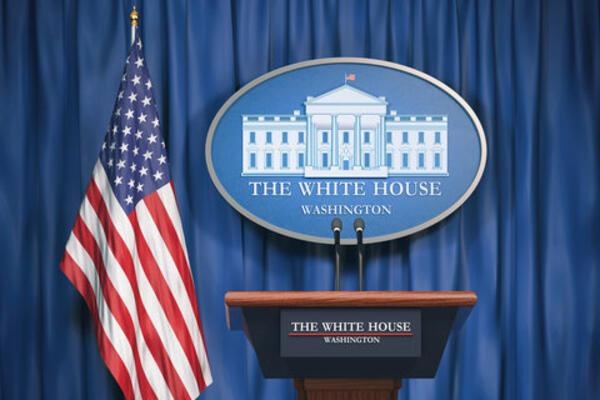 If steps are taken to establish a de facto permanent military presence, power-projection capabilities, or a military installation, the delegation noted that the United States would then have significant concerns and respond accordingly.
Source: iStock
Share
Monday, 25 April 2022 11:25 AM

The delegation met for ninety minutes with Prime Minister Manasseh Sogavare, along with two dozen members of his cabinet and senior staff. While there, the delegation also met with prominent religious leaders on the island and with key members of the political opposition.

This visit to Solomon Islands was the final leg of the delegation’s trip across the Pacific. It followed stops in Hawaii, where the delegation met with senior officials from Australia, Japan, and New Zealand; Fiji, where they met with Prime Minister Frank Bainimarama, as well as leadership of the Pacific Island Forum, and held the U.S.-Fiji Strategic Dialogue; and Papua New Guinea, where they met with Prime Minister James Marape and senior defense officials to discuss ways to enhance security ties.

Across these engagements, the United States reiterated that it will seek to further deepen our enduring ties with the Pacific Islands and take tangible steps to advance a free, open, and resilient Indo-Pacific. The United States will do so by fulfilling and strengthening its commitments in the region, working to advance regional unity, coordinating with allies and partners on meeting twenty-first century challenges, and protecting the sovereignty of Pacific Island states.

In the meeting with Solomon Islands’ Prime Minister Sogavare, the delegation reiterated the key priorities animating the trip and also outlined specific steps the United States would take to advance the welfare of the people of Solomon Islands. The United States will expedite the opening of an embassy in Solomon Islands; advance cooperation on unexploded ordinance; launch a program on maritime domain awareness; dispatch the Mercy hospital ship to address public health; advance a dialogue on the return of the Peace Corps; deliver additional vaccines; and advance initiatives on climate, health, and people-to-people ties.

The United States respects the right of nations to make sovereign decisions in the best interests of their people. The two sides engaged in substantial discussion around the recently signed security agreement between Solomon Islands and the People’s Republic of China (PRC). Solomon Islands representatives indicated that the agreement had solely domestic applications, but the U.S. delegation noted there are potential regional security implications of the accord, including for the United States and its allies and partners. The U.S. delegation outlined clear areas of concern with respect to the purpose, scope, and transparency of the agreement.

If steps are taken to establish a de facto permanent military presence, power-projection capabilities, or a military installation, the delegation noted that the United States would then have significant concerns and respond accordingly. In response to these enumerated concerns, Prime Minister Sogavare reiterated his specific assurances that there would be no military base, no long-term presence, and no power projection capability, as he has said publicly. The United States emphasized that it will follow developments closely in consultation with regional partners.

At this critical juncture, the United States and Solomon Islands agreed to launch a high-level strategic dialogue, co-chaired on the U.S. side by the White House and the Department of State. Its purpose will be to enhance communication, address mutual concerns, and drive practical progress. In particular, both sides agreed to discuss in greater detail security issues of mutual concern, economic and social development, public health, and finance and debt. Each side committed to take the necessary steps in the intervening period to prepare for a successful engagement.