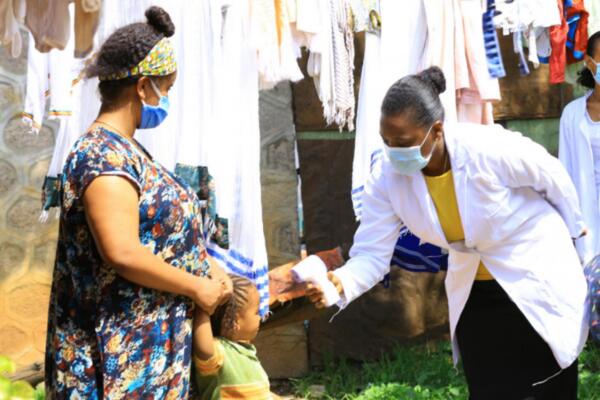 A new household survey will provide critical baseline for decision-makers working to combat the economic and social challenges amplified by the Coronavirus pandemic.

New surveys of families in Papua New Guinea and Solomon Islands by the World Bank have found that more than 85% of households are using a range of coping strategies to manage the current economic crisis on their daily lives, with more than half of respondents in PNG reporting that they had reduced the number of children at school, and more than half of Solomon Islands respondents saying that they had reduced the amount of food they are eating.

The new surveys were undertaken in June and July this year across all provinces in both countries, before the significant increase in cases in PNG in August and before the first cases were detected in Solomon Islands by the end of October.

The surveys – the first of five planned over the coming 12 months – provide an important baseline for decision-makers and partners in both countries to track the house-hold level impacts that have been created, or amplified, by COVID-19.

The surveys found that more than 85% of households in both countries had reported using at least one economic coping strategy since March. Of these strategies, in PNG:

- 52% of those surveyed reporting reducing the number of children attending school;

- 36% reported selling crops/harvest ahead of the planned time for sale; and

- 48% had spent money from their savings; and

- 27% had increased their household debt by delaying loan repayments or making purchases on credit.

Other findings from the surveys include:

• Close to 80% of Papua New Guineans and 78% of Solomon Islanders surveyed were worried about their household finances.

• In PNG, nearly half (47%) of households working in the agriculture sector are expecting lower or no income from their crops this year;

• In Solomon Islands, the workforce decreased by 10% since January, with women more likely to have stopped working and less likely to start working than men. Of those still working in June, one-third were working for less than what they earned in January or were not being paid at all.

“While both countries’ confirmed case numbers are relatively low by global standards, these surveys provide striking evidence that the household-level impacts of the pandemic are significant,” said Michel Kerf, World Bank Country Director for Papua New Guinea and the Pacific Islands.

“It is alarming that so many Papua New Guinean and Solomon Islands families are experiencing financial distress resulting from the pandemic, and that they are being forced to increase their household debt. These decisions will have lasting negative consequences for far too many families,” said Mr Kerf.

“These surveys – the first of five over the next 12 months – will provide a valuable baseline for tracking the realities of the economic impacts of COVID-19 on Papua New Guinean and Solomon Islander families beyond the direct health impacts. This will give the governments of PNG and Solomon Islands, as well as development partners, a critical body of knowledge to support the countries’ recovery from this crisis.”