My Acting Dream Will Still Carry on Through This Pandemic 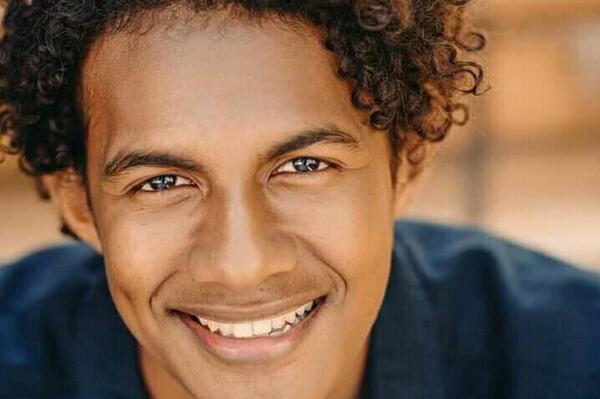 "My agent called me for a chance to audition for a film but because of the State of Emergency I was not able to participate in the process. I am not disappointed but I kept encouraging myself by praying and believing," he says.
Source: Supplied
By Jeremy Gwao
Share
Wednesday, 05 August 2020 08:46 AM

Everyone loves to watch a good movie or two in their time of relaxation. In fact some therapists now prescribe movies as a form of treatment for psychological problems. But COVID-19 has also upended the global film industry, halting film production and closing cinemas.

While Solomon Islands are a far cry from the Hollywood entertainment industry, needless to say, it sure has its local talents.

Tivon Toito’ona is one and a rising stardom in the showbiz business.

"My agent called me for a chance to audition for a film but because of the State of Emergency I was not able to participate in the process. I am not disappointed but I kept encouraging myself by praying and believing," he says.

Tivon has appeared briefly in two films in 2019. Dora and the lost city of Gold and an episode of the TV series, the Reef Break.

Dora and the Lost City of Gold is an American adventure comedy film. Filming took place from August to December 2018 in Australia and Peru. The film was theatrically released in the United States on August 9, 2019, by Paramount Pictures.

Reef Break on the other hand is a French-American crime drama television series. ABC Studios International has produced the television series for French broadcaster M6, as well as for ABC. The series premiered on June 20, 2019 on ABC in the United States. Reef Break was filmed on the Gold Coast, Queensland, Australia.

“My dream was to become an actor one day”, Tivon says.

He fondly remembers the day he met American Actor, Dylan O’Brien who has been an inspiration for him. O’Brien has starred in a lot of famous movies like Maze Runner, American Assassin and The Teen Wolf. He has also won a lot of awards from his acting career since 2013.

"It was a dream come true for me that i accidently met the star who truly inspired me in acting. We had a chance to have a conversation and I asked him questions that were related to my passion in acting," Tivon says.

He recalled that they have had a chat for almost an hour at a restaurant where he met the actor by chance.

Since then it was always his wish to work alongside O'Brien in a film one day.

Apart from the two films, Tivon also appeared in commercials in Australia.

"I have done five commercials for the Movie World DC Hyper Coaster and it was a dream come true to do for me to get a film on the big screen in Australia and the world. From where I start I feel that slowly I am getting recognition as a 17 year old Islander”, Tivon says.

He says as a young islander, he feels that young people need to be able to tell their stories in any talent they have. He encourages the youths who are interested in this sector to get involved with theater groups and to create films.

He says Solomon Islands have a lot of talented people. He also encourages the youths to create short portfolios about themselves and prepare themselves for the big screen.

“Actors play a special part in the movie in passing on messages to the audience. I started to create an imagination that set me into that stage of acting. I asked myself what it feels like being in the lights, music and to set people up to get the message. That was how I set my dream to become an actor," he explained.

Tivon is currently in Honiara. Because of the COVID-19 pandemic, he was not able to go back to Australia to continue his study at the Marist College Ashgrove.

“I believed in myself, I prayed nonstop and I always continue to improve myself in the acting business," he adds.

Despite losing out on job opportunities, he continued to be optimistic and make use of his time by involving himself in work with local video production houses.

One of the opportunities he missed was to work with Netflix studio.

"I missed that opportunity but I believe there is something bigger for me next time. I believe and trust that there will always be a way for me to pursue my dream," he says.

At the moment Tivon continues to do his auditions for Netflix, Amazon Pictures and Paramount Pictures through self-tape.

Most of his free time now is spent with RevealPasifik Media Production, Dreamcast Theatre and One More Shot Photography and Film.