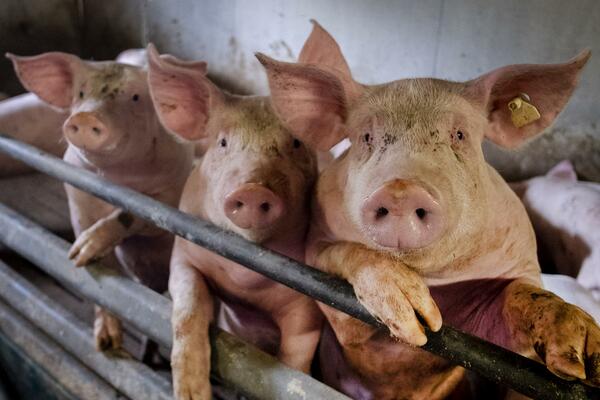 According to World Organisation for Animal Health, African swine fever (ASF) is a severe viral disease affecting domestic and wild pigs and is responsible for serious production and economic losses.
Source: Euronews
By Stephen Diisango (MAL)
Share
Wednesday, 22 July 2020 10:35 AM

The Ministry of Agriculture and Livestock (MAL) through its Biosecurity division is scaling up its ‘African Swine Fever’ (ASF) preparedness efforts to contain any possible importation of ASF disease into the country.

African swine fever (ASF) is a highly transmittable viral disease of domestic and wild pigs, which is responsible for serious economic and production losses.

Director of Biosecurity, Mr Francis Tsatia said as part of the Ministry’s preparedness/awareness strategy they are making all efforts and taking necessary measures to ensure the country is protected from the virus-related disease.

“The good news is, ASF is not present in Solomon Islands, but there are reported cases recorded in Papua New Guinea (PNG) which is a concern to us and we must not take it lightly but take required measures to stop it from entering the country.

“MAL is putting out information about the disease, most likely places of high risk and at the same time developing an emergency response plan.

“This needs a lot of technical input and the understanding of the general public especially our swine (pigs) farmers which is very critical,” he said.

He added that awareness materials including signboards, posters and videos have been distributed to Choiseul, Western Provinces and Honiara. We still need to cover at least seven provinces.

The National Government (SIG) through MAL and the Pacific Horticultural and Agricultural Market Access Program (PHAMA Plus) supported the production and distribution of the awareness materials/posters.

At the same time, Permanent Secretary of MAL, Ethel Tebengi Frances said that as part of the ministry’s commitment to certain ASF not enters the country, the government through MAL banned pork products except for few approved importers importing meat into the country from Australia only with strict importation rules.

“As the ASF is confirmed in PNG we are monitoring the border between Solomon Islands and Bougainville and plans now underway to station officer (s) at the border,” the Permanent Secretary said.

Director of Biosecurity, Mr Tsatia further added that the ban also include luncheon meat which is also found to be a carrier of the virus.

“Other measures include increased interventions at the country’s border. This includes intensified screening for pork products at our airports and post-office centres. We have placed ASF signage at our two international airports so that travelers know what is at stake and encouraged to declare pork products.”

Mr. Tsatia stated that MAL have sanctioned a stronger enforcement approach to biosecurity breaches and will be focusing on pork and other meat items.

“Travelers who provide false or misleading information can receive an infringement notice with a penalty sum of $3000 or be referred for civil penalty proceedings or criminal prosecution. Companies fine up to $1 million.”

According to World Organisation for Animal Health, African swine fever (ASF) is a severe viral disease affecting domestic and wild pigs and is responsible for serious production and economic losses.

“This transboundary animal disease (TAD) can be spread by live or dead pigs, domestic or wild, and pork products.

“Furthermore, transmission can also occur via contaminated feed and fomites (non-living objects) such as shoes, clothes, vehicles, knives, equipment etc., due to the high environmental resistance of ASF virus.

“Historically, outbreaks have been reported in Africa and parts of Europe, South America, and the Caribbean. More recently (since 2007) the disease has been reported in multiple countries across Africa, Asia and Europe, in both domestic and wild pigs,” the Organisation stated.