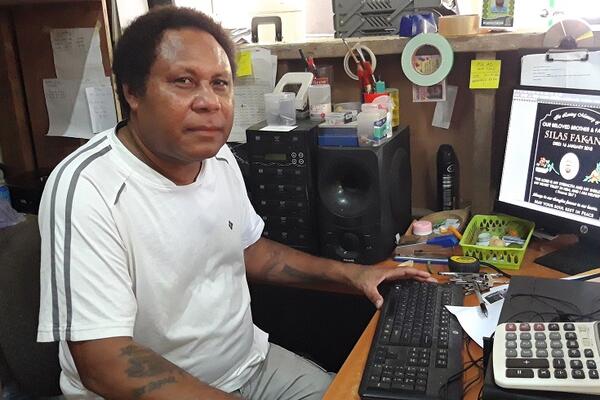 Historians believe that almost every culture includes a system of memorializing the dead through some kind of marker.

In America it was believed that the Puritans used wooden crosses as grave markers in the 1600s. Slate and stone tombstones were popularized in the middle part of the 1600s and said to be common throughout the 1990s when marble, bronze and granite were introduced as options.

Tombstones and grave markers serve spiritual and practical purposes. Marked graves are essential for organizing cemeteries and graveyards. Clearly marked headstones allow visitors to quickly and easily identify the resting place of their loved ones.

Tombstones also serve as memorials to the dead. They can be inscribed with psalms, quotations or messages that outline the deceased's achievements. Overtime, gravestones became more elaborate. In the Solomon Islands, the laying of headstone now becomes a culture. Families usually have a feast or gathering when such occasions happen.

However, finding a headstone for a loved family member is a difficult task. Especially if one is not accustomed to using the digital platform to scout for suitable headstones and companies, this might be quite tedious. Most of the headstones seen on graves are made overseas. Usually, families contribute to meet the cost of headstone and freighting it into the country.

Seeing a gap there, Peter Kennedy Bubulu decided to set up his own graphic signs and headstone business.

“It has been my dream for over 20 years now to start my own business”.

Peter Kennedy Bubulu originates from Malaita province. Today he fulfills his dream of starting his own business known as Absolute Graphics signs and headstones.

“I think there are not many of us here and I am one of the first Solomon Islanders to get into this business”, Peter says.

Peter Kennedy is a well-known face in the art industry. His work can be seen in signboards before the arrival of digital technology. He also does work in monuments.

“I used to work for DJ Graphics. I started work in the 1980s and I had been working in Honiara before going to New Zealand and then came back to work here”, Peter says.

Peter formally established his headstone business in February 2019. He has a small workshop, just beside his house where he does his work. Just a computer where he does his designs and the equipment where the granite stones are engraved and cut.

“I bought the equipment and tools that I needed from China”, he says.

“Just after the festival in 2018, with the money i earned from my contract work during the festival, I got down to buying the stuff that i needed for the headstone business”.

However he says what he found out was that it is quite challenging to start a business without any capital.

“It has been a year now for me and what I earn just goes back to the materials that I need”.

He says he started his business without any capital but he is optimistic he will be able to get his footing if he stays committed to the work that he does.

Asked if he has applied for support through the Economic Stimulus Package (ESP) Peter says no.

“My business did not meet the requirement. So currently I am in the process of submitting my application to DBSI. I guess that is the only platform I am entitled to”, he says.

In the headstone business, Peter is being supported by his elder brother. While Peter specializes in art and design his brother usually does the finishing touches. Peter says they complement each other in the different skill sets they have.

“Overseas, you see families in businesses like this. Some are fourth or fifth generations in such undertakings. I am hoping my children will also take after me to carry on with the business and keep it in the family”, Peter says.

Now with the COVID-19 pandemic, costs of doing business in the region have significantly risen.

Freight costs have tripled and it is said that it will take at least three years to build the supply chain and operations back to pre-Covid levels.

“I still have enough materials to last me a year”, Peter says. He says he has a supplier in Honiara that he does business with.

Peter says at this time of COVID crisis, being one of the few local businesses that make headstones, this is an advantage.