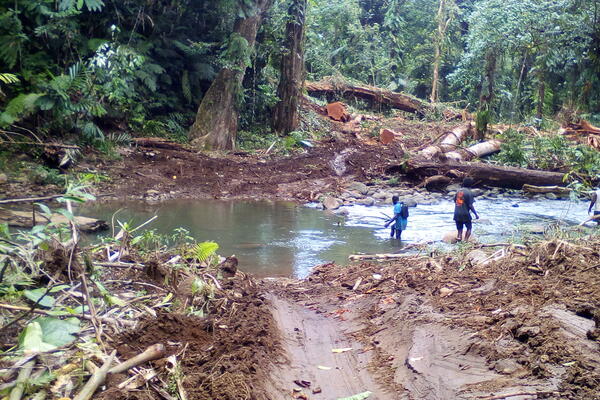 The decision will impact logging companies’ responsibilities and in particular residents of villages who are not primary landowners.
Source: File: SIBC
By William Kadi and Sabrina Habu
Share
Friday, 13 May 2022 11:25 AM

A person does not need to be a landowner to have standing to bring action against a logging company for environmental damage.

In the matters of Mas Solo Investment Ltd v Nesa [2021] SBCA 3; SICOA-CAC 33 of 2019, the Court of Appeal dismissed the appeal from Mas Solo Investment Ltd (a logging company) and maintained a compensation valued at SBD3,200,000.00 awarded as damages for communities adversely affected by their logging operation. The judgement presents as a landmark decision as it settles the often conjectured debate regarding residents’ entitlement to the environment and land they reside on, particularly residents who are not customary landowners.

The Court has conveniently settled and set out the correct heads of damage for damage done to the environment, namely the value assessment of the non-commercial damage components of the contaminated customary land, its rivers, streams, water source, wildlife and environment.

Additionally, the Court of Appeal upheld the trial judge’s decision that a person does not need to be a landowner to have standing to bring action against a logging company for damages. Simply being residents of a village is sufficient to have standing to raise complaints about the environment where residents use it for cultivation, drinking water, sea and land resources.[1]

What does this mean?

Does a logging Company in Solomon Islands have a duty of care to the environment?

A company with a licence to conduct logging must adhere to the conditions of the licence; failing to do so may render the company as committing an offence and will be subject to a fine or imprisonment. Under the felling license conditions, there is a duty for a licensee to ensure that the logging operation must take all necessary steps to prevent pollution of the ground, and any pond, river, stream or water source.

There is no permit or authority granted under Solomon Islands law that will exempt any person from liability in respect of any damage a logging company has caused to customary lands. In other words, if you’re involved with logging, you have a duty of care to the environment. And if you abuse that duty you may be liable for damages.

Brief background of the Nesa case

Bobokana is customary land located in Isabel Province that is owned by the Gonogano B Land Holding Group. Mas Solo Investment Ltd is a limited liability company carrying on logging in the Solomon Islands and holds a valid felling licence, to carry out logging on Gonogano.

The logging operations on Gonogano by Mas Solo Investment Ltd commenced on 16 December 2015 and ceased in June 2017. On 19 October 2017, Mayson Nesa the representative of the residents in the three villages (Galatha, Momotu and Riusisi) located within Bobokana customary land, filed a claim in the High Court seeking a declaration that Mas Solo Investment had breached the conditions of its felling licence and in consequence, must pay for the environmental damage and the loss the communities’ suffered. Mr Nesa’s case was successful.

Mas Solo Investment Limited appealed to the Court of Appeal in December 2019, claiming that the trial judge erred in law in awarding SBD3,200,000.00 as damages for injury caused to the land and environment in Bobokana lands. Mas Solo Investment noted in the environmental assessment report (Hevalao Report) that SBD2,000,000.00 was said to be for loss of access and livelihood and SBD1,200,000.00 was said to be the costs of rehabilitation. Mas Solo Investment pointed out the items clearly show that those calculations relate to damages to the land and not personal damages, or losses or injury incurred by the affected communities.

Mayson Nesa and the inhabitants of the three villages (Galala, Momotu, and Riusisi) have lived, resided, and occupied the customary territory for generations, according to the Court of Appeal. For their daily survival, they are reliant on the land, its rivers and waterways, and the environment. The environmental harm caused by Mas Solo Investment Ltd has impacted the residents’ daily lives, and this is sufficient to cover personal losses and damages. Thus, the Court of Appeal upheld the rulings of the trial judge and held “being residents of the three villages, is sufficient to have standing to raise complaints about what is a concern to the three villages. It is not uncommon for people in Solomon Islands to live together in villages as a community and depend on the environment for their livelihood (cultivation, drinking water, sea and land resources.”