Fruit Pickers Want to Choose Their Own Path 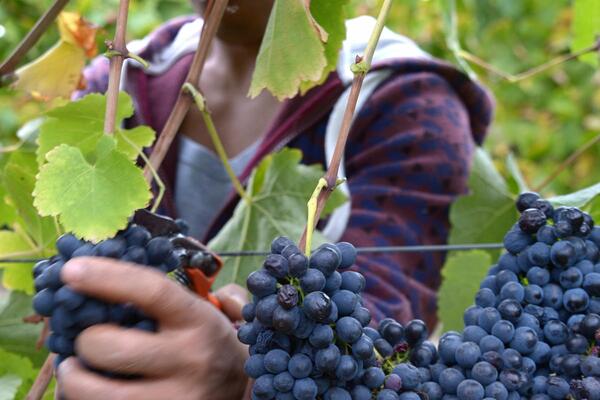 The reality that local food relies on global migration is one consumers and marketers can and do ignore, but policymakers absolutely shouldn’t.
Source: The Guardian
By Michael Rose
Share
Friday, 30 April 2021 10:11 AM

Anthropologists have long written about the role of serendipity in their work. Days can go by in which nothing very interesting seems to happen, and then something occurs that is not just compelling but brings the whole dull stretch before it into focus.

For me, after three-odd weeks of berry picking as part of an attempt to better understand what our agricultural and immigration policies meant to those they impacted most directly, one such moment arrived when there was unexpected rain and instead of picking fruit I slept in then went to the fancy café on the hill to eat a blueberry muffin.

Few pickers came up to the café, a place tailored to the sensibilities of foodies and wine fanciers who earned tens of thousands of dollars more than them through staring at computer screens, and enjoyed artisanal jam and annual leave. The breakfast muffin cost the same as a kilogram of berries picked precariously and had meaning baked into it that I hadn’t fully appreciated before. Integral to the existence of this overpriced snack, I understood now, was the sweat of people seeking something better. The reality that local food relies on global migration is one consumers and marketers can and do ignore, but policymakers absolutely shouldn’t.

Two weeks into my picking adventure the berries had started thinning out and so had the pickers. Rumour had it they were going to jack up the piece rate, which had largely remained at $3.70 a kilo since I’d arrived, but they didn’t, and so as the final week wore on, the total on our end-of-day dockets became smaller and smaller.

According to the Horticulture Award, piece rates need to be set at such a level that a ‘competent’ worker is able to make at least 15% above the minimum wage, which is to say we should have been making at least $28.52 an hour. Instead, the berries were so sparse that even the best of us struggled to approach that. After making good money for a couple of weeks, we were now being underpaid.

“These trees”, sniffed an irate Frenchman to our long-suffering supervisor, who, as established in previous articles in this series, lacked the ability to make berries magically appear, “they are like shit”.

For most, this was an impetus to move on – pickers are constantly on their phones and word about where the money is good, filtered through overlapping ethnic and expat networks, gets around quickly. As my final days of work approached there were less and less people there. It was strange to be so suddenly through with the work. To sit in the weak mountain sun and think about what it all meant instead of actually doing it.

When I set out from Canberra for the berry fields the plan had been to learn more about our temporary migration programs, so to be working mostly alongside people who had come here through our humanitarian intake was unanticipated and instructive.

Throughout my adult life humanitarian migration has been the most fractious issue in Australian politics – but one thing that never came up is the willingness of new Australians who have fled hardship to work essential jobs their better-established compatriots aren’t. This generally doesn’t feed into the national conversation on our humanitarian intake, but it could.

Of an evening at the caravan park and out in the fields there were endless stories to listen to, but what they had in common is that they were of people who thought they had identified a path to something better and were following it with determination. There’s an energy about those willing to risk everything in pursuit of a dream, and abstract as that sounds, it is something that our labour migration policy needs to be able to acknowledge and capture.

Most obviously given our promise to ‘step up’ in the Pacific, an excellent first move would be to give young people from places like Vanuatu, Timor-Leste and Samoa the same chance to join the Working Holiday Maker (WHM) scheme, as we already do for most Europeans. PNG’s recent inclusion although encouraging has yet to come into effect and is limited by a paltry cap of 100 people. Wholehearted inclusion of our Pacific neighbours in the WHM scheme would win us enormous goodwill. It would change thousands of lives for the better. Perhaps the ineligibility of Pacific workers for WHM visas isn’t an exclusionary policy, but it certainly looks that way to them.

Back at the caravan park, spaces began appearing between the tents, and the kitchens felt almost quiet in the evenings. Gloria and the rest of the African-Australians had started moving back to Wollongong, Albury and Melton. The Timorese threw a party and vanished around the bend in a long rattly convoy. The Turk said he would head to Germany eventually, or maybe he’d meet a nice Australian girl, but that there was nothing for him at home. The Afghans went after apples.

A Nubian from Khartoum needed to go to Queensland but had no idea how, so I helped him buy a ticket, get a COVID pass and offered to drive him to Canberra airport. As Kosciusko receded behind us, he told me about his years working at a downmarket haberdashery on the ragged edge of Cairo where he slept out the back and lived off koshari. He had seven kids, all Australian, all with bright futures. Those who don’t sympathise with why people will do anything to get here lack imagination.

Anthropologists extrapolate from anecdote – we observe small places, big issues, patterns that can be broad enough to border on the universal. The main thing I took away from my time in the field was simply a sense of how much more there was to learn, but also a sense that whatever is done to make our horticultural sector better for the migrant workers who are now its mainstay, there needs to be a recognition that they are as capable of making their own choices in life as anyone. Policies that deny this will have to contend with people trying to do their own thing regardless, together with all the expense and risk that comes with that. Labour migration is now core business for Australian agriculture; we have to get it right.

This is the last in a series of five articles on migration and agriculture in Australia reflecting on Michael Rose’s experiences as a fruit picker earlier in the year.

Disclosure: Mike Rose undertook a fruit picking job in a private capacity. The views expressed are those of the author only.