From Naples to the Pacific 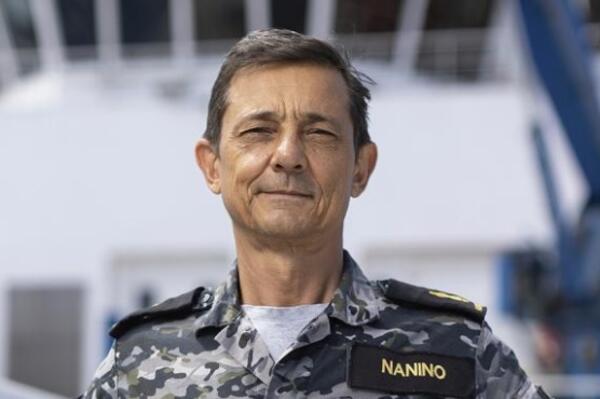 When Able Seaman Marine Technician Umberto Nanino joined the crew of the Australian Defence Vessel Reliant for a six-week rotation, he brought with him more marine experience than the average junior sailor.

Originally from the coastal port of Naples on the Italian coast, Able Seaman Nanino has worked on super-yachts in the Mediterranean, helmed ferries around the Torres Strait Islands and driven pilot vessels through the Great Barrier Reef.

But he said his time serving on the Royal Australian Navy's newest support vessel as it conducts its inaugural deployment through the Pacific, is a highlight of his almost three decades on the water.

“It's also rewarding being part of a ship that is ready for humanitarian and disaster response missions.”

Reliant will spend a significant amount of time in the Pacific, guided by the needs of our Pacific family and regional partners.

Most recently, the ship delivered humanitarian stores to drought-affected Kiribati and participated in disaster response training in Solomon Islands with government departments and the Royal Solomon Island Police Force.

In the two years before joining Navy in 2020, he had been working a number of casual jobs on tugboats and dredging vessels in the Cairns port.

However, one of the key drivers behind his decision to enlist in the Navy was the promise of secure employment.

“With my previous experience and love of the ocean, I thought I'd give Navy a go. Three months after I applied, I was in,” he said.

As well as his time on the water, Able Seaman Nanino brought with him formal civilian qualifications – for commanding vessels and maintaining their equipment – that are recognised by the Australian Maritime Safety Authority.

He has also now added formal Navy qualifications after graduating as a marine technician specialising in propulsion.

Once his posting with Reliant is over, Able Seaman Nanino will head back to the FSU at Cairns, where he can put his latest experience into practice in the workshop.

However, it won't be long before the experienced mariner is back in the water, with his next posting to the hydrographic survey ship HMAS Melville this month.

From Naples to North Queensland and now the Pacific, Able Seaman Nanino's next journey will see him continue his love affair with the water.