Four Takeaways From China’s Tour of the Pacific Islands 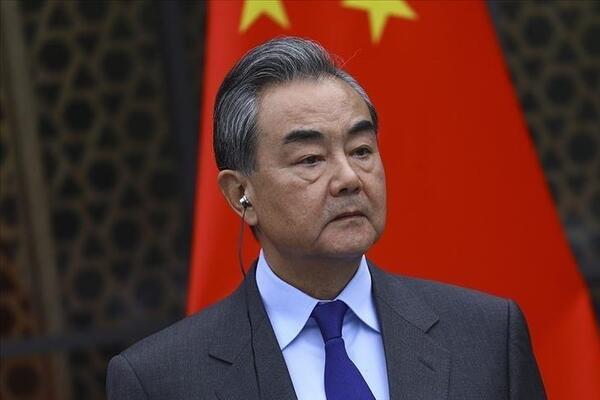 As U.S.-China competition in the region heats up, Pacific Island nations want to ensure engagement with both powers is on their own terms.

In late May, as President Biden was wrapping up his visit to Asia, China’s foreign minister, Wang Yi, launched a 10-day tour of the Pacific Islands.

Almost immediately, news broke that Wang had unexpectedly proposed a sweeping multilateral agreement to deepen Beijing’s security and economic ties with the region, then quickly withdrew it due to lack of support from the Pacific Island countries. This followed a controversial Solomon Islands-China security pact signed in April that set off alarm bells in the United States and Australia over China’s efforts to establish a security presence in the Pacific Islands region.

Amid a raft of Asia-centered U.S. diplomatic initiatives in recent months, Wang’s lengthy visit represents Beijing’s determination to increase its influence and counter the Biden administration’s efforts in the Indo-Pacific region.

Wang’s withdrawal of the proposed agreement and several Pacific Island countries’ tepid response to it dominated headlines during Wang’s trip. But the visit illuminated four other key developments that will shape China’s future engagement and influence in the region.

1. Wang’s trip did not accomplish all of China’s goals, but Beijing remains committed to expanding its influence in the Pacific Islands.

Although the initial proposal stalled, Beijing made clear that it still hopes to reach agreement on the Common Development Vision and five-year action plan as the parties “build more consensus.” Before Wang’s trip began, China’s foreign ministry published a factsheet to highlight ongoing cooperation between China and the Pacific Island countries. And once the proposed plan was withdrawn, China quickly issued a Position Paper on Mutual Respect and Common Development with Pacific Island Countries, which offers 15 “visions and proposals” for deepening China’s engagement in the region. Notably, this paper focuses largely on political and economic issues, with only brief mention of the security issues that had sparked the most controversy.

Wang’s trip succeeded in strengthening many of China’s direct state-to-state relationships across the Pacific, as evidenced by the signing of 52 bilateral agreements.

At every opportunity, Wang stressed China’s commitment to the Pacific Islands region and Beijing’s intent to remain engaged over the long term. Secretary General of the Chinese Communist Party Xi Jinping also pledged China’s continued support in his written remarks at the China-Pacific Island Countries Foreign Ministers’ Meeting, which Wang attended in Fiji. Chinese s state media reported that Xi’s address offered assurances that “China will always be a good friend, brother and partner of Pacific Island countries, sharing common goals and standing together with them despite changes in the international landscape.”

China sees both symbolic and strategic benefits to strengthening its relationships with Pacific Island countries. Beijing wants to increase its presence in the region to ensure the United States does not establish unchallenged influence, and to frustrate U.S. military power projection in a potential conflict over Taiwan. Economically, Beijing seeks access to the region’s fisheries and other maritime resources as well as its trade and shipping routes. The region also offers China diplomatic leverage; stronger relations in the Pacific help Beijing further isolate Taiwan, gain votes of support in the United Nations, advance its Belt and Road Initiative, and enhance its image as a reliable partner and viable alternative to other major powers in the region.

Wang’s first stop was in the Solomon Islands, which was still reeling from the bilateral security agreement signed on April 1. Prime Minister Sogavare’s support for Beijing remains controversial, and his critics worry that China is now in a position to prop up an unpopular regime and undermine the democratic process in the name of “maintaining social order.” Opposition leader Matthew Wale observed, “‘It’s clear to me that the vast majority of ordinary Solomon Islanders do not want a base here, or even this deal. A majority do not want China here at all in the first place.”

Beijing also encountered other stumbling blocks along the way. Just before Wang arrived in Fiji, Fijian President Frank Bainimarama announced that his country would become a founding member of the U.S.-led Indo-Pacific Economic Framework, which China opposes. In Kiribati, domestic public opinion remains wary of closer ties with Beijing following rumors last year that China planned to upgrade a World War II airstrip in the country, which would damage the country’s already strained fish stocks. There, the opposition leader warned, “Our democratic system, in fact our very sovereignty, is under attack and we need support to ensure our survival as a democratic nation.”

The president of the Federated States of Micronesia, David Panuelo, offered the most vocal opposition to China’s proposed regional plan. Calling China’s plan “the single-most game-changing proposed agreement in the Pacific in any of our lifetimes,” Panuelo implored his fellow Pacific Island leaders to reject the offer. He further predicted that the proposal would draw the region “very close into Beijing’s orbit, intrinsically tying the whole of our economies and societies to [China]” and warned that “Chinese control over our communications infrastructure, our ocean territory and the resources within them, and our security space, aside from impacts on our sovereignty … increases the chances of China getting into conflict with Australia, Japan, the United States and New Zealand.”

Throughout the tour, local populations expressed frustration with the lack of transparency around the visits. In many places, China restricted the number of foreign journalists allowed at the press conferences and prohibited them from directing any questions to Wang. The Media Association of the Solomon Islands went so far as to issue a boycott notice to its members, urging them to skip the press event to protest the restrictions China had placed on local reporters.

3. China’s aggressive moves likely inspired the United States, Australia and New Zealand to expedite and strengthen their outreach to the region, and to better coordinate their engagement.

The United States’ February 2022 Indo-Pacific Strategy emphasizes the importance of the Pacific Islands to the United States, and the Biden administration has taken several steps to deepen U.S. engagement in the region, including at the presidential and secretary of state levels, with more high-level outreach expected in the months ahead.

The newly elected Australian government also took immediate steps to reinforce Canberra’s commitment to its Pacific Island neighbors through high-level visits and a “Neighborhood First” policy. As Wang weaved his way through the region, Australian Foreign Minister Penny Wong conducted her own visits to Fiji, Samoa and Tonga.

And on May 31, New Zealand Prime Minister Jacinda Ardern and President Biden issued a joint statement that highlighted their shared commitment to the Pacific Islands, “note[d] with concern” the security agreement that China and the Solomon Islands signed on April 1, and warned against “the establishment of a persistent military presence in the Pacific by a state that does not share our values or security interest.”

The Pacific Island countries want closer and sustained ties with the United States, Australia and New Zealand — but they want those relationships to focus on the needs and priorities of the countries in the region, not on countering China. All three countries had already taken steps to reenergize their engagement in the region, but China’s ambitious push has emphasized the need to better coordinate their efforts in the weeks and months ahead.

4. Although the region refused to be rushed into a multilateral deal, Pacific Island countries are still very open to China’s engagement — but on their terms.

The Pacific Island countries did not embrace China’s proposed Common Development Vision and action plan, but neither did they definitively reject it. Rather, they said they needed more time to consider it and wanted to discuss it as a group at the Pacific Islands Forum (PIF) in July. “We have not made a decision as we did not have enough time to look at it,” Samoa’s Prime Minister explained. However, it is unclear that even after a deeper look the Pacific Island nations will accept China’s proposal. The PIF prefers making decisions deliberatively and based on consensus, which could spell trouble for China’s plan. Australia and New Zealand are members of the PIF — as are the Republic of the Marshall Islands, Palau, Tuvalu and Nauru, all of whom have formal diplomatic ties with Taiwan instead of Beijing — and they may not be supportive of the agreement.

But Pacific Island countries remain very open to stronger bilateral ties with China, especially in the economic realm. China has the immediate appeal of being able to bring much needed investment, infrastructure, trade and COVID-related assistance as these countries all contend with headwinds from a weakening global economy and try to recover from the pandemic’s many negative impacts. With China, the United States, Australia, New Zealand and others all seeking to increase their engagement, the Pacific Island countries have more options and more negotiating power to press for arrangements that best address their needs.

In a 2019 speech examining China’s increased engagement in the region, then secretary-general of the Pacific Islands Forum, Dame Meg Taylor, rejected the notion that states should choose sides between the United States and its allies and partners and China. Instead, she noted that, “In general, Forum members view China’s increased actions in the region as a positive development, one that offers greater options for financing and development opportunities — both directly in partnership with China, and indirectly through the increased competition in our region.”

Ultimately, Pacific Island countries want to know that the powers vying for their attention and offering cooperation understand their concerns and are willing to help them address the issues that are most important for their own populations. As Fiji’s Bainimarama put it, “Geopolitical point-scoring means less than little to anyone whose community is slipping beneath the rising seas, whose job is being lost to the pandemic, or whose family is impacted by the rapid rise in the price of commodities.” And just in case the foreign officials jet-setting around the region hadn’t heard the message loud and clear, he reiterated: “Our greatest concern isn’t geopolitics — it’s climate change.”

Author: Dr. Jennifer Staats is the director of East and Southeast Asia Programs at the U.S. Institute of Peace. She joined USIP in 2016 as the director of the China Program, and she continues to lead USIP’s work on China and its impact on peace and security around the world. She also oversees USIP’s program in Myanmar, as well as the Institute’s work on Northeast Asia, Southeast Asia, and the Pacific Islands.