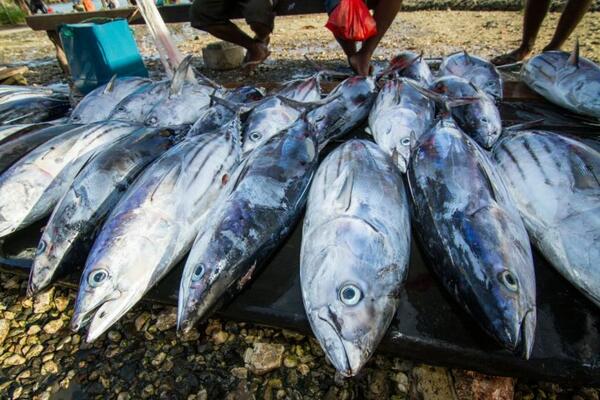 Books by people in public life that present a story of the times in which they played a role can make for a dismal reading experience.

My bookshelves are littered with half-read personal memoirs by Australian politicians, with faded bookmarks showing the point at which I concluded that the effort required to wade through the rest of the book was not justified by any benefit that might be gained.

Fishing for Success: Lessons in Pacific Regionalism by Dr Transform Aqorau is the polar opposite of those memoirs. That is not just because of the sparse use of the first person singular pronoun, but because it tells an important story in a compelling way that captures the technical, diplomatic, political, institutional and personal challenges of developing and sustaining what is arguably the most successful regional initiative in the Pacific.

The book tells the story of efforts by the eight Parties to the Nauru Agreement (PNA) – Federated States of Micronesia, Kiribati, Marshall Islands, Nauru, Palau, Papua New Guinea, Solomon Islands and Tuvalu – to exercise their rights over the tuna that travel through their Exclusive Economic Zones (EEZs), and to ensure sustainable fishing and a meaningful share of the returns to the resource owners.

The book recounts how a small group of committed people, of which Dr Aqorau was no doubt the leader, navigated the challenges of persuading sovereign states to commit to collective action and to establish and abide by rules needed to give effect to that commitment. On the way, it sheds light on the complex politics of regional institutions, describing the jockeying among member states to pursue national interests within a collective framework, and the battles for resources and influence between institutions and their staff. It also describes the conflicted behaviour of countries that are both development partners and guardians of the interests of their fishing lobbies, as well as the unedifying behaviour of some parts of the eco-label industry.

We are taken through the history of key steps in developing the current arrangements, from as far back as the late 1980s. The account tells of the transformation in instruments used by the Parties to the agreement to manage purse seine fishing in their EEZs from a toothless limit on the number of licensed vessels that vested control in the flag states, to a control on fishing effort through the Vessel Day Scheme (VDS).

These limits on effort were based on an evolving understanding of the maximum sustainable yield of the species targeted by purse seine fishing, and of the (smaller) overall take from the fishery that would maximise economic returns to the resource owners. The VDS created a valuable tradeable commodity that they could sell to fishing vessel owners. The PNA placed conditions on VDS rights to effectively close parts of the high seas outside of their EEZs to purse seine fishing, to make sure that the limits on take from the fishery were not circumvented.

Other achievements detailed in the book include:

• The establishment of a stand-alone, self-funded PNA Office (of which the author was the first CEO) to manage the affairs of the PNA. While the broader-based Forum Fisheries Association had played an important role in establishing the VDS, the view was that it was not well placed to look after the interests of the Parties given the breadth of its membership.
• The process of securing an eco-label, using the certification process to drive change, and establishing branding to ensure that the Parties received a share of the premium that eco-labelling generated on sales of certified tuna.
• Creating an observer agency to manage the processes of overseeing the activities of vessels fishing in the zones controlled by the PNA (and in turn create job opportunities for citizens of the Parties).
• The decision to develop and own the Fisheries Information Management System that was essential to the management of the VDS and the status of the resource.
• The work-in-process to create a comparable effort control scheme for the long-line tuna fishery, which has to address the much lower degree of leverage that the Parties have on this type of fishing outside of their EEZs.

Fishing for Success offers insights into the challenges of working regionally, and also the nature of trade-offs that have to be made to reach agreements when a number of sovereign states are being asked to act collectively. It also makes clear the effort and time that are required when new initiatives and their supporting institutions are being developed.

For example, it took four years to develop the VDS after presentation of an initial set of recommendations to governments, and nearly nine years to get ministers to agree to track and monitor fish aggregating devices, whose use impacted negatively on the mortality of smaller tuna and other by-catch. And it also demonstrates the importance of understanding what can actually be implemented when choosing between policy options. Effort controls are theoretically inferior to catch controls, but the PNA concluded it could not administer a catch control system.

The PNA is clearly a resoundingly successful regional endeavour, and the author ponders what features made it successful when other initiatives stagnate. He says he has no answers to that question, but clearly points to an important element of serendipity – the right people coming together at the right time and in the right context (as Dame Meg Taylor, Secretary General to the Pacific Islands Forum, says in her preface). He also points to the importance of there being a ‘common currency’ that can provide incentives to work collectively. I interpret this to refer to the fact that there was a large economic benefit to be had from exercising Parties’ rights over the tuna that passed through their waters, and that history had shown that individual action clearly could not extract that benefit. And the benefits were large enough for everyone to be substantially better off, even given the uncertainties about the methods for distributing the benefit.

The author makes it clear that developments outside of the immediate reach of the PNA played an important part in enabling the group to take action and confront the vested interests that were controlling the tuna fishery in their waters. This included the growth in global concern about the sustainability of fishing practices, and the resulting work of agencies such as the Western and Central Pacific Fishing Commission putting in place measures to control unsustainable exploitation of fish stock. And it also seems that sheer annoyance with the way that metropolitan states tried to frustrate their efforts to get a bigger share of the tuna pie served to reinforce the Parties’ resolve to act collectively.

This is an important book. Anyone interested in fisheries management, Pacific regionalism, public administration, and development theory and practice should read it. And they will enjoy doing so.

Fishing for Success: Lessons in Pacific Regionalism by Dr Transform Aqorau is available for download at:

This book review first appeared first on Devpolicy Blog (devpolicy.org), from the Development Policy Centre at The Australian National University.

Bob Warner has worked at the Productivity Commission, the World Bank, the Centre for International Economics and the Crawford School of Public Policy. He has been a long term advisor in Bangladesh and Zimbabwe, and a short term advisor and consultant to governments in a number of developing countries, particularly in South East Asia and the Pacific.