Everyday Corruption in PNG: A Way of Life 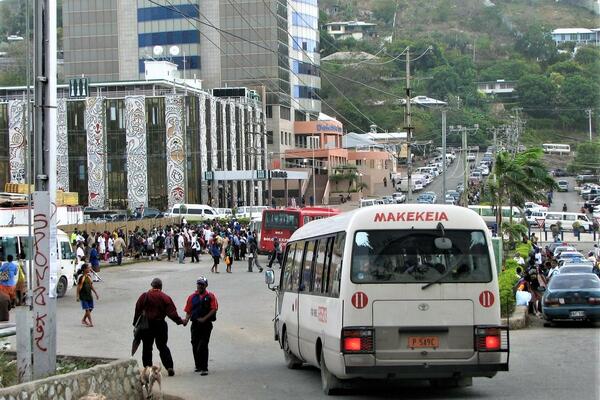 Over the past decade, researchers (see article on Devpolicy.org for links to related research) have illuminated the various ways Papua New Guineans understand corruption.

In 2020, I conducted a study to better understand how Papua New Guineans from a variety of backgrounds understand and respond to corruption. The study involved 83 participants, including government and private sector employees, retired senior public servants, university students, and informal sector vendors. Two data collection techniques were used – an online survey and focus group discussions.

There were 41 survey participants, and eight focus groups consisting of 42 participants. Participants were asked questions relating to government transparency, rule of law and rule bending, recruitment and appointment systems, public contracts, bribery, nepotism (particularly through the wantok system), favouritism, gift giving, and use of discretionary powers.

In line with previous studies, almost all respondents (99% – this includes respondents from focus groups who were also individually asked questions) believed that corruption is either highly problematic or problematic in the public service. In addition, 62% of respondents believed that most public servants have received bribes or kickbacks in one form or another through informal exchanges (mostly petty corruption), while 52% thought most politicians have been bribed by businesses or firms for political favours (grand corruption).

Respondents described a variety of everyday practices that some saw as constituting or contributing towards corruption. These included providing public officials and others money for lunch, Coca-Cola, bus fare, buai (betelnut), phone flex cards and other gifts. Generally, public servants expect these gifts as a reward for providing a government service or ‘favours’.

While many participants saw these practices as constituting corruption, some viewed them as tokens of appreciation that fulfil Melanesian obligations of reciprocity. As one self-employed female survey participant noted, “there is a fine line here, especially from a cultural point of view… A small lunch money, as a token of appreciation, is not really corruption, unless it is meant to attract future dealings.”

One middle management private sector male employee gave two reasons why many engage in these practices:

"[First, because] demand for daily expenses relating to high rental costs, school fees, transportation, and security and family welfare are always high. I cannot concentrate on work unless I know my family is taken care of and safe at home. If it means I have to leave work anytime and participate in other activities to make ends meet to subsidise my family’s daily needs, I have to. The second reason is the need to meet cultural and big man obligations, which have several ramifications including feeding off the public coffers."

A self-employed male survey participant noted that “times are hard today and many people, both employed and unemployed, get into unscrupulous schemes and dirty deals every now and then for a little bit of money to get by in these hard times.” In the absence of a regulated welfare system, PNG’s wantok system helps meet the daily needs of the people, including public servants, many of whom survive on borrowed money.

Concerns about widespread corruption made some pessimistic about the potential for change. For example, a female student from the University of Papua New Guinea said, “Corruption is systematic and is already in place. It’s already inbuilt in our system. Everyone that goes into the system tends to follow that practice.”  Others suggested that poor law enforcement undermined citizens’ willingness to care about corruption.

A middle management private sector female employee said, "The problem in PNG is that we fail to enforce the rule of law over the issue of corruption. Lack of enforcement is the main factor causing disillusion and ‘no care attitude’ among our people, especially within the public sector."

Some respondents also said that because politicians and other ‘big people’ were corrupt, they might as well be too. An unemployed male focus group participant said:

"In my opinion, corruption is not only unique in the top level of government. It starts from the grassroots level and goes up the structure… Because those at the top practise it, those below find it convenient to engage in corruption. For instance, in my village, if I want to enrol my son in school and there are no more spaces, I have to give some ‘Coca-Cola money’ to the headmaster to have my child enrolled.

From the village to the town, it is the same. If I had already purchased a plane ticket, but there are no spaces, I have to give some ‘Coca-Cola money’ to the ticketing officer to create a space for me to travel. When I arrive in the city, it is just the same. Everywhere, there is corruption."

In PNG there are many laws against corruption. There are also a host of integrity agencies, a new Independent Commission against Corruption, as well as NGOs and donors that support anti-corruption reform. Despite these well-intentioned efforts, findings from my research suggest many citizens are simply giving up. That is, they now think corruption is a norm that cannot be changed. These findings indicate that much more needs to be done to convince the country’s citizens that the fight against corruption is still worthwhile.

This research is part of the author’s PhD being undertaken at James Cook University. The author would like to acknowledge Dr Grant Walton, Fellow of the Development Policy Centre for his feedback.

Teddy Winn is a PhD candidate in Political Science at James Cook University.