Dr. Martin Luther King, Jr. and the Power of Democracy 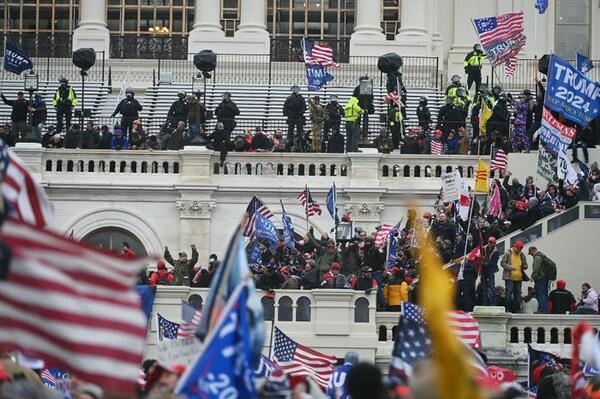 The efforts of these extremists failed to subvert constitutional order in the United States, the congressional certification of President-elect Joe Biden’s victory, and the coming transfer of power from Republicans to Democrats in both the White House and the Senate on January 20.
Source: Business Insider
By U.S. Ambassador to Papua New Guinea, Solomon Islands, and Vanuatu Erin E. McKee
Share
Friday, 15 January 2021 10:02 AM

Last week, we were shocked by the events at the U.S. Capitol as protests turned into a violent and destructive riot intent on disrupting the solemn process of certifying the Electoral College vote.

Protest is a part of American tradition, but violence is never the answer. And such violence in the People’s House of our Capitol, the temple of our democracy, is simply unacceptable.

To the dismay of authoritarian governments around the world, the wanton assault on our nation’s capital demonstrated that our democracy – and our democratic institutions - did not waver in the face of attack. Last week’s events reinforced for the world the strength of democracy and proved its fundamental principles are unassailable: that democracies are self-correcting and resilient because they vest power in institutions, not in rulers. Rather than yield to the political violence inflicted by a fringe minority, the representative institutions of the United States upheld the will of a majority of American voters.

The efforts of these extremists failed to subvert constitutional order in the United States, the congressional certification of President-elect Joe Biden’s victory, and the coming transfer of power from Republicans to Democrats in both the White House and the Senate on January 20. Their failure demonstrates the inestimable power of democratic institutions, governed by rule of law and accountable to citizens.

People across the globe yearn for responsive and accountable governments. Citizens crave the dignity that stems from having political leaders who answer to them, rather than those who pursue public office for private or personal gain.

With such ideals in mind, it is appropriate that our nation will pause on January 18 to pay tribute to the extraordinary life and legacy of Dr. Martin Luther King Jr., and to reflect on the lessons that continue to inspire our society today.

Dr. King understood that equality requires more than the absence of oppression; it requires the presence of economic opportunity. In a world full of poverty, he called for empathy; in the face of brutality, he placed his faith in non-violence. He reminded us we have a duty to fight against poverty, even if we are wealthy; to care about the child in the decrepit school long after our own children have found success; and to show compassion toward the immigrant family, knowing that we were strangers once too. Dr. King transformed the concepts of justice, liberty, and equality, and as he led marches and protests and raised his voice, he changed the course of history.

A champion for justice, the Reverend Dr. Martin Luther King, Jr.’s message echoed the promise of our founding -- that all people are created equal -- and every day he worked to give meaning to this timeless creed.

America’s great-power competitors and assorted petty tyrants would like nothing more than for the United States to step back from international leadership in promoting democracy. But make no mistake, President-elect Biden will have bi-partisan support for a foreign policy that confronts authoritarians abroad and rallies the world’s great democracies to deliver on the premise – and promise – that transparency and faith in the rule of law delivers opportunity, security, and resilience.

Last week, our democracy was tested and, as it has for more than 250 years, the spirit of our nation and our democracy held firm. Dr. King's voice rang out with a call for us to work toward a better tomorrow. In that spirit, we look forward to continuing our important work on behalf of the people of the United States, Papua New Guinea, Solomon Islands, and Vanuatu, to strengthen the foundations for a better tomorrow.