Crime in Port Moresby: Experiences of a Foreigner 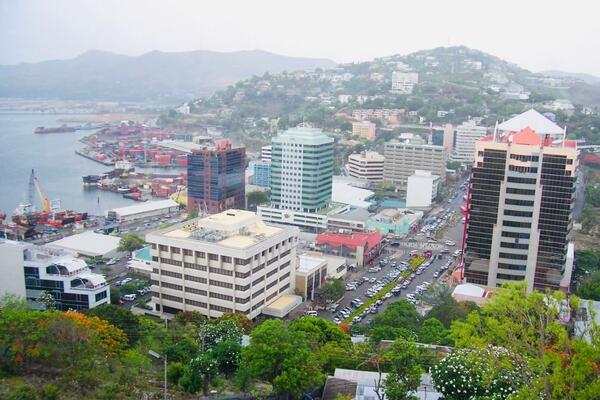 My experiences of Port Moresby, while not free of conflict, have led me to believe that international assessments of crime in PNG’s largest city do not quite reflect the true nature of both crime and, in particular, responses to it.
Source: File: Devpolicy
By Grant Walton
Share
Wednesday, 02 December 2020 11:31 AM

Port Moresby, Papua New Guinea’s capital, has a reputation for crime and violence. The Economist Intelligence Unit regularly rates the city as one of the least livable in the world.

Yet, my experiences of Port Moresby, while not free of conflict, have led me to believe that international assessments of crime in PNG’s largest city do not quite reflect the true nature of both crime and, in particular, responses to it.

Before I tell you stories of my experiences in Moresby – as it is affectionately known – I need to include an important caveat: I am a white, middle-aged, Australian man. I must admit this identity brings with it some distinct privileges. I am not subject to some of the threats of violence that both my wife and PNG women experience. The latter in particular fear and experience crime and harassment that I can only imagine.

I also believe my white skin shapes my experiences. While some foreigners might consider themselves as more of a target for criminals than locals, I think I have often been protected, in part, due to the fairness of my complexion. As an Australian, I have the privilege of moving in and out of the city, and away from the country, which many of Moresby’s denizens do not.

With these caveats in mind, on to sampela lik lik stori (some small stories) about my own experiences with crime in the city.

When I first arrived in PNG in 2003, I stayed with a local family in Gerehu, a large residential suburb north of the city centre. At the time, Gerehu was known for violence and was (and still is) a suburb where many foreigners and locals feared to tread. On my first night, after dinner, my host family made a point of introducing me to the neighbours. I still recall one of my hosts telling me in no uncertain terms that this was no friendly chit-chat; this tour was for my own safety. ‘These people now know you are with us, now people will know not to attack you.’

And so it came to pass. Not only could I move safely around our small neighbourhood, I sometimes bumped into our neighbours when roaming Moresby’s shopping and business districts. These neighbours would then volunteer to become my informal private security guards; looking out to make sure their new white (and mostly clueless) neighbour came to no harm.

I returned to PNG years later to complete my PhD fieldwork, a part of which involved ethnographic research with anti-corruption protestors in the city. Sitting in on anti-corruption protests certainly did highlight some of the worst of Moresby. I once saw a man bash his wife next to the Boroko supermarket (and was prevented from intervening by onlookers fearful for my safety). At one protest, a crowd beat up those accused of being government informants, in the processes destroying their mobile phones. The city can be a violent place.

Yet on numerous occasions, ordinary Papua New Guineans have stuck their neck out for me when I was in trouble. Like the time when a couple of schoolgirls told me that some guys had been following me around trying to steal stuff out of my backpack.

Or the time I was getting pulled into an alleyway by a guy who was about to rob me. As I struggled with my assailant, out of nowhere a tall superhero-like Papua New Guinean came to my rescue. This six-foot seven tank of a man grabbed the would-be thief, lifted him off the ground, and dropped him like a sack of potatoes. Before I knew it a crowd of Papua New Guineans – none of whom I had previously met – had surrounded this attacker and started kicking the living daylights out of him. Though I protested this harsh treatment, tank-man made it clear that this was, in his eyes, PNG-style justice.

I have walked Moresby’s streets many times and while I have been chased, almost shot at and nearly robbed, no one has harmed me. This is mostly because Papua New Guineans have stood between me and trouble. I will admit there has been some luck involved, but for the most part, I’ve got Papua New Guineans to thank.

Don’t get me wrong, people do get assaulted, robbed, and killed in this city – and at rates higher than many other places. Foreigners and locals alike can tell you some terrible stories of crime and violence.

However, foreign assessments in particular often fail to make mention of Moresby’s good and brave souls. Those who intervene in times of trouble. Mostly this is because many foreigners are not allowed to walk the streets or ride the PMV (bus), or even get in a taxi. (Due to security regulations I too have, unfortunately, been walking the streets less frequently in recent years.) In other words, many foreigners do not have the opportunity to experience life outside the highly securitised environments that reinforce notions of insecurity. It is these experiences – supported by international crime statistics – that fail to provide a nuanced and, I would argue, more accurate picture of what has come to be known as one of the world’s “least liveable cities”.

------------
This article appeared first on Devpolicy Blog (devpolicy.org), from the Development Policy Centre at The Australian National University.