Covid-19, Governance and the Role of the Opposition 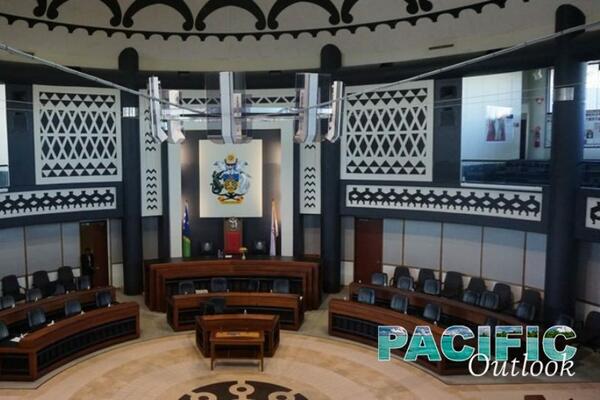 Working together not only ensures best outcomes, but it also gives hope and encouragement to the electorate who witness their politicians leading by example.
Source: Supplied
By Biman Prasad
Share
Friday, 08 May 2020 12:08 PM

The health and economic crises unleashed by the spread of the Covid-19 have required extraordinary measures by governments and political leaders to address the situation.

In democratic countries, the leaders in government and opposition usually team up and work together to address any major crisis, including to enact laws and policies to deal with it.

In extraordinary circumstances, the reasons for working as a team are many, and so are the benefits. There is one goal, some of the country’s best minds are pulling together, rather than sitting on opposite sides and pulling in different directions. Working together not only ensures best outcomes, but it also gives hope and encouragement to the electorate who witness their politicians leading by example.

At times of crisis, we need to band, not to bicker.

In democratic countries, there is recognition that even in these extraordinary times, accountability and transparency in the conduct of government are paramount in giving confidence to the people. Some countries have put both the opposition and government together to discuss and agree on funding packages. In New Zealand, the Leader of the Opposition is the chair of the committee to oversee and hold government to account as to how it is dealing with the crisis. It is a fine example of a country recognising the importance of accountability, not to mention the opposition’s important role, and the benefit to the nation as a whole.

Benjamin Disraeli once said that “No government can long be secure without a formidable opposition”. This indicates very aptly why the role of opposition, especially in a democracy, is important, and arguably more so in extraordinary circumstances, such as those we face today.

The uncertainty about COVID-19 and its impact on our economies makes it even more important that governments do the right thing in terms of their policies. This crisis has already been a turning point for many countries. It has imposed new imperatives for policies, governance and accountability to ensure that scarce resources are utilised in a transparent and efficient manner so that the adverse impact on the quality of lives of our people can be cushioned. If we make mistakes in our response, in our preparedness for the post covid-19 scenario, then those mistakes would not be ones which can be corrected easily. They would be serious mistakes with potentially irreversible consequences.

For instance, we can no longer withstand any wastage or extravagance by the state. It has cost us dearly before. In a time of crisis, more specifically, the cost to the taxpayer multiplies in the long term. That is why scrutiny of government policies at this extraordinary time is even more important.

We note that around the world, there are governments which are using the extraordinary circumstances to supress human rights and using other repressive measures purely to silence their critics and opponents.

In Fiji, we have already seen excessive use of power that is unreasonably harsh, to enforce measures both related and unrelated to the pandemic. This includes the arrests of opposition politicians. The security forces and especially the police have not always acted with common sense and compassion in many situations.

Recently, in a pro-government newspaper, a senior Fiji military officer has actually articulated the view that COVID-19 is a good enough reason to justify stifling of the freedom of expression and the press. This is a dangerous proposition and no one in Fiji is surprised with these kinds of suggestions coming from the security forces, which has a long history of being part of the subjugation of democratic and human rights and freedom of the press.

The media laws in Fiji are already draconian. The media has largely been very supportive of government efforts to deal with the pandemic but out of fear, has shied away from highlighting the excesses of the security forces. In addition, the two pro-government media organisations in Fiji have continued their vilification of government critics, including the opposition even in the midst of the coronavirus crisis.

We have seen generally over the years the muzzling of the press, especially the critics of government, in other Pacific Island countries. In a democracy the role of the opposition is to hold government to account, including when they attempt to supress freedom of speech or the rights of the media.

It is therefore absolutely vital that opposition parties in the Pacific take a more active role in holding governments to account, especially during these extraordinary times. Sometimes, it suits the opposition to be quiet because some would like to behave in the same way as government when they take power. However, if we want to address the weakening of democracy in the Pacific, we need to hold dictatorial powers that provide support to Pacific governments to account, and ensure that the rights of our people are respected.

This means that opposition parties have to become more vigilant, more vocal and more articulate on some of these fundamental issues. Only then we can ensure that whoever is in government, will respect these universal values of liberty, democracy and media freedom in the Pacific.

Perhaps it is time to have a Pacific Islands Opposition Party Leaders Forum so that there is a collective regional voice to hold governments to account on some fundamental issues such as human rights, media freedom, climate change, economic integration and provision of regional public goods. Such a forum is now overdue given some of the trends in our region.

Biman Prasad is a former Professor of Economics and Dean of the Faculty of Business and Economics at the University of the South Pacific. Adjunct Professor at the James Cook University and Punjabi University. Currently Member of Parliament and Leader of the National Federation Party in Fiji.

This item was originally published as part of 'Pacific Outlook' by the Griffith Asia Institute.