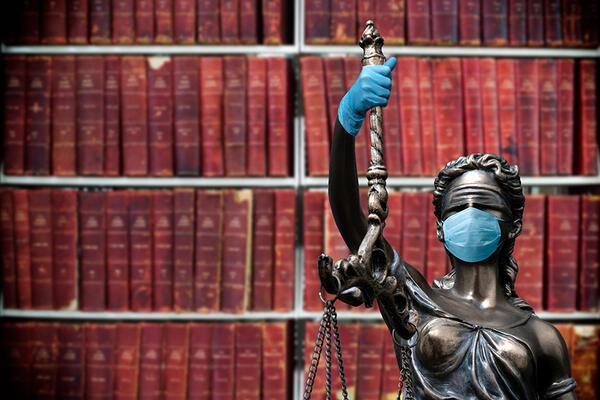 Nearly two-thirds of the 6000 Pacific Islanders who responded to a survey earlier this year said they believed corruption was a significant problem across their governments and businesses.
Source: Asia Business Law Journal
By Sarah Basford Canales
Share
Tuesday, 16 November 2021 09:00 AM

Billions of dollars in federal government aid and infrastructure projects sent to Pacific Island nations are at risk of being misused as transparency experts warned bribery and corruption were devastating the region's post-COVID recovery.

It comes as new figures reveal Pacific Islanders have reported higher rates of corruption and bribery than any other region in the world as outlined in a new report by Transparency International Australia, released on Tuesday.

Nearly two-thirds of the 6000 Pacific Islanders who responded to a survey earlier this year said they believed corruption was a significant problem across their governments and businesses.

The participants, who live across 10 Pacific Island nations including Fiji, Kiribati, New Caledonia, Papua New Guinea, Samoa and Vanuatu, responded they had resorted to bribery of public servants in order to receive improved service delivery and had also been approached for bribed votes in elections.

Around one-third of those surveyed believed most - or all - politicians and government staff within their countries were complicit in corruption. The highest rate was in Kiribati at 64 per cent, while only 17 per cent believed the same in Fiji.

The advocacy group's chief executive Serena Lillywhite said the implications extended far beyond the region with the Australian federal government investing billions of taxpayer dollars in the region's development.

"Australian businesses and policymakers need to listen to the voices of the people in the Pacific experiencing corruption," Ms Lillywhite said.

"As the world's go-to destination for money laundering, Australia is on the receiving-end of a lot of dirty money that flows from and through the Pacific."

Prime Minister Scott Morrison pledged $3 billion in funding to Pacific nations in response to China's plans to build infrastructure and grow influence in the region.

More than $300 million has been directed to Pacific countries, including Papua New Guinea, Solomon Islands and Fiji, as part of COVID vaccine support measures and building projects through the Australian Infrastructure Financing Facility for the Pacific.

But Ms Lillywhite said the government's ability to monitor how the funding was used had been weakened after the closing down of two oversight agencies; the Office of Development Effectiveness and the Independent Evaluation Committee.

"If corruption gets a foothold, then the impacts can be devastating," she said.

"Decisions can be made that don't meet community needs or sustainable development goals.

"White elephant projects can be built - effectively bridges to nowhere - and communities can lose their land and livelihoods if they are not part of the decision-making process."

She recommended the federal government maintain a "long overdue" register of developers with good track records of integrity and without connections to politically-exposed people.

Author: Sarah Basford Canales is a federal politics and public sector reporter for the Canberra Times with an interest in national security, integrity and regulation.