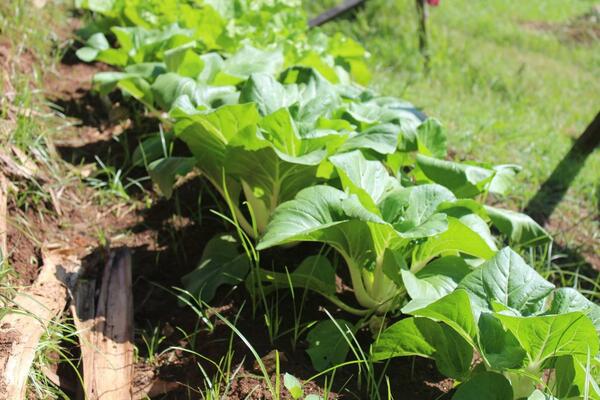 In Solomon Islands and throughout the Pacific, COVID-19 and the climate crisis have emphasised the need for home gardens as a way to bolster food security and community survival, Darryn McEvoy, Serene Ho, John Clemo, Lorraine Livia, and Josephine Teakeni write.

In urban contexts, such as the fast-growing Solomon Islands capital city of Honiara, selling produce from sup sup (home) gardens at local markets can be an important source of cash income for many families. Women do most of this labour.

At a time when many in the Pacific are concerned about food security, including regional organisations like the South Pacific Community, it is vital to identify and strengthen new avenues for community survival.

To better understand how home gardens can empower women in the context of disaster preparedness and local food security, researchers from RMIT University partnered with Honiara women’s group Vois Blong Mere, and engaged with women from two informal settlements in the city: Wind Valley and Jabros.

Whilst there is plenty of land available for gardening in home provinces, women living in Honiara’s peri-urban areas reported limited access to suitable land. Access to gardens is also worsening due to rapid urbanisation and the growing numbers of houses making up Honiara’s burgeoning informal settlements. Many of the women who were interviewed maintain bush gardens, which in some cases can be as far as 90-minutes’ walk away; often involving the navigation of steep terrain.

With many of the gardens located on customary land outside the municipal boundaries, some have negotiated access to gardens with the customary landowners, in some cases helping out the landowner with gardening labour in exchange for the use of land. Others – recognising the importance of permission – are unsure who actually owns the land.

Produce grown in sup sup gardens are typically introduced ‘leafy greens’ species grown for family subsistence purposes, though this makes them vulnerable to pests. Cassava, banana, and yams were common varieties grown in bush gardens, though yams are less popular as they are considered particularly susceptible to damage by the invasive pest, the Giant African Snail. Cassava is a popular crop with the women as it doesn’t need much water and grows well on the slopes that make up much of the Greater Honiara area.

Despite the value of gardens in enhancing local food security, women from the two settlements talked about the many challenges they faced in maintaining their gardens. The main problem raised by all women was one of personal security and feeling unsafe. Consequently, many women do their gardening in groups, or with family members, as a precaution.

One interviewee in the Jabros community stated:

“In town, the gardens are a bit far away … it is not very safe. I don’t feel safe going to the garden, because of the long walk. So when I see some other gardeners walking up there, I can follow them. We can all walk together.”

Theft of crops – such as bananas – can be a problem, particularly when gardens are located close to settled areas. Environmental conditions also play a role, with instances of bush gardens being lost to landslides following heavy rainfall. A common complaint was poor quality soil, which deteriorates further if not left fallow. There were also instances of others ‘taking over’ the land during periods of inactivity.

In the case of home gardens, the cost of constructing raised garden beds was considered prohibitive by some. Despite these challenges, many of the women interviewed expressed pride in their gardens and organic produce, and the ability to provide food and income for their families.

The critical importance of sup sup and bush gardens for local subsistence and reliable access to food was brought into sharp relief by the introduction of the Solomon Islands COVID-19 State of Emergency. This led to the closure of Honiara’s informal ‘satellite’ markets, significantly disrupting the local cash economy.

The consequences of these restrictions resulted in renewed community interest in urban gardens as a local food security option. This was further stimulated by the restart of government initiatives to support sup sup organic gardening activities – primarily though the provision of seeds and tools.

One woman who benefited directly from these initiatives ended up sharing food and seedlings with others in the community: “So I planted my backyard garden, and then I ended up feeding most of the valley [laughs].”

Non-government organisations also have important roles to play in promoting urban organic gardens as a way of building community resilience. Women from both Wind Valley and Jabros not only highlighted the need for practical items such as seeds and tools, but also the knowledge and training needed to build raised gardens and then maintain them.

Kastom Gaden Association, a local civil society organisation, has not only provided seeds during the current period of restrictions in Honiara, but has also acted as a training provider and information centre for local communities. As noted by one of the women participants in the study, COVID-19 restrictions have emphasised the importance of urban gardens and the need for them to be seen in the context of ‘survival’.

Moving forward, as the city continues to develop rapidly, protection of land for these gardens will be paramount for continuing local food security in the face of multiple shocks and stressors, including the impacts of a changing climate.

These activities were undertaken as part of the Climate Resilient Honiara project, funded by the UNFCCC Adaptation Fund and administered by UN-Habitat.

This article first appeared on the Policy Forum on the 1st of September 2021.