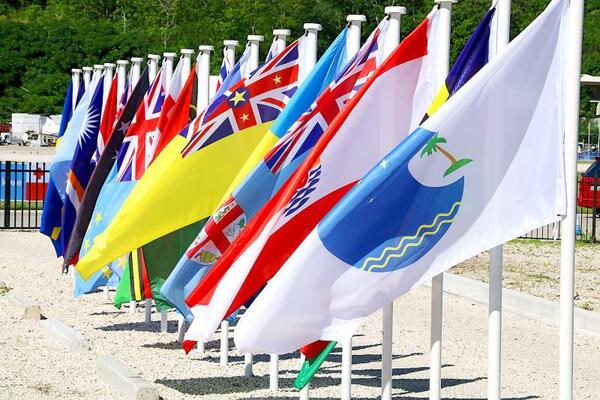 The descent into sub-regionalism within PIF has the potential to not just undermine regional unity, but have the knock-on effect of hindering the tackling of important issues that the region faces collectively.
Source: AFP
By Grant Wyeth - The Diplomat
Share
Tuesday, 09 February 2021 09:20 AM

Within the PIF, leadership has typically rotated between Polynesian, Melanesian, and Micronesian states. Until now, it seems.

Last week a rift opened up within the Pacific Islands Forum (PIF) during a virtual meeting to elect a new secretary general. Former Cook Islands prime minister, Henry Puna, was elected to lead the region’s premier multilateral body by just one vote. However, his election has soured many of PIF’s Micronesian states, which feel that the other countries have reneged on a convention that should have seen a Micronesian lead the forum for the next six years.

Micronesian states have asserted that there was an understood — but not codified — agreement that the leadership of the forum would rotate through the region’s three sub-groups: Polynesia, Melanesia, Micronesia. Australia and New Zealand would not seek the position. After six years of the PIF being led by Papua New Guinea’s Dame Meg Taylor, the convention should have seen Micronesia’s candidate, the Marshall Islands ambassador to the United States, Gerald Zackios, taking on the role.

In response to Puna being elected to the position, Palau declared its intention to both withdraw from PIF and to close its embassy in Fiji. The country’s leadership claims that by undermining the convention the Melanesian and Polynesia states have severely damaged mutual trust within the body. Rather than withdrawing from PIF, the Marshall Islands have decided to conduct a review of their membership, while Nauru’s president has also questioned the value of being a member.

The influence of the pandemic should not be disconnected in creating the conditions that have led to this conflict within PIF. Unable to hold an in-person meeting in 2020, last week’s virtual meeting was designed with the specific purpose of electing a new secretary general, with limited scope to discuss other issues. Previously in-person meetings have enabled more nuanced conversations between influential leaders to take place. Holding an election over Zoom nullified the power of such personal connections. The format negated empathy and trust-building, producing powerbrokers that just saw their role as fighting in their own corner.

The descent into sub-regionalism within PIF has the potential to not just undermine regional unity, but have the knock-on effect of hindering the tackling of important issues that the region faces collectively. In recent years Pacific Island countries have found a strong consensus and mutual interest over the issue of climate change, for example. This is an issue that all members of PIF (bar the Australian government) understand as an existential threat. Pacific Islands have been able to forge a new collective diplomatic approach to produce greater international recognition of the issue and urge the global community to make efforts to reduce their carbon emissions. The current schism within PIF will hamper those efforts.

The next in-person meeting of PIF is scheduled to be held in Fiji in August. With most of the participants having successfully insulated themselves from the pandemic this meeting should be able to go ahead as planned with the requisite precautions. Given the seriousness of Palau’s withdrawal from PIF, and the general disgruntlement of the Micronesian countries with the forum, an in-person meeting should be deemed essential.

The withdrawal of Palau from PIF — as well as the suspicion toward the forum of many of its members — will cause serious reputational damage to the body. As host of the next scheduled meeting, Fiji’s Prime Minister Frank Bainimarama was hoping to attract U.S. president Joe Biden to the forum in order to provide him with a first-hand account of the issues that the Pacific currently face. A disrupted and disorganized forum won’t help in being able to achieve that objective.

Grant Wyeth is a Melbourne-based political analyst specializing in Australia and the Pacific, India and Canada.