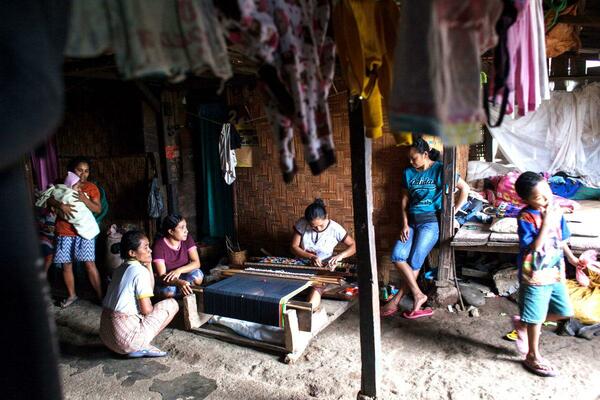 Rich countries have the resources to end the debt crisis, which has deteriorated rapidly in part as a consequence of their own domestic policies. These policies have sent interest rates in developing economies skyrocketing and investors fleeing.
Source: UNDP
Share
Wednesday, 12 October 2022 09:06 AM

Fifty-four developing economies accounting for more than half of the world’s poorest people need urgent debt relief as a result of cascading global crises.

The risks of inaction are dire - if these countries do not get access to effective debt restructuring, poverty will rise and desperately needed investments in climate adaptation and mitigation will not happen - particularly since countries affected are among the most climate-vulnerable in the world, according to a new paper published today by the United Nations Development Programme (UNDP).

The paper - ‘Avoiding ‘Too Little Too Late’ on International Debt Relief’ - highlights the ripple effects of government responses to the recent economic crisis and warns of the potential impacts. Against this bleak backdrop, the paper lays out a number of policy actions for debt restructuring that could help stop the debt crisis in its tracks.

Market conditions are shifting rapidly as a synchronized fiscal and monetary contraction and low growth are fuelling volatility around the globe: 19 developing economies are now paying more than 10 percentage points over US Treasury bonds to borrow money on capital markets, effectively shutting them out of the market. Holders of many developing economy bonds are seeing them trade at deep discounts of between 40 to 60 cents on the dollar.

“The 54 countries with severe debt problems are home to more than half of the world’s poorest people. Yet they represent little more than 3 percent of the global economy. Debt relief would be a small pill for wealthy countries to swallow, yet the cost of inaction is brutal for the world’s poorest. We cannot afford to repeat the mistake of providing too little relief, too late, in managing the developing economy debt burden” Steiner said.

A debt deal might now be on the horizon: these market conditions encourage private creditors to negotiate debt relief under the G20’s Common Framework for Debt Treatments. Higher interest rates, a strong dollar and a looming global recession could change their bargaining position.

Rich countries have the resources to end the debt crisis, which has deteriorated rapidly in part as a consequence of their own domestic policies. These policies have sent interest rates in developing economies skyrocketing and investors fleeing. This is happening while developing economies have large financing shortfalls for fighting climate change. The 54 most debt-vulnerable countries include 28 of the world’s top-50 most climate vulnerable nations.

This week G20 finance ministers will meet in Washington just before the World Bank-IMF Annual Meetings. Conditions are ripe for creditors and debtors to kickstart debt restructuring talks under the G20’s Common Framework and avert a developing country debt crisis that could otherwise spill over to a long-term development crisis.

The paper proposes a way forward for the Common Framework on debt restructuring, focusing on key areas: debt sustainability analysis, official creditor coordination, private creditor participation, and the use of state-contingent debt clauses that target future economic and fiscal resilience. UNDP proposes that the Common Framework shifts focus to comprehensive restructurings that will allow countries a faster return to growth, financial markets, and development progress.

“When emerging market bonds trade at 40 cents on the dollar, private creditors suddenly become more open to negotiation. The missing ingredient, at this moment, are financial assurances from major creditor governments to clinch a deal. Brady Bonds provided sufficient reason for creditors to stay at the table in the 1980s. We are approaching a similar moment in 2022”, said George Gray Molina, Senior Economist at UNDP.

Effective debt restructuring is only one vital element of ensuring that developing economies have the finances they need to make progress on sustainable development. New sources of funding are urgently needed for developing countries to undertake investments in climate adaptation and mitigation, the report concludes.