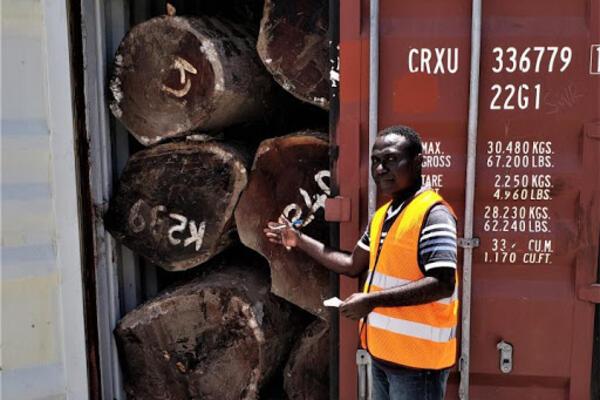 This is the second time in the recent past certain loggers have tried to evade tax by loading round logs into containers for export. In November 2019, twenty containers were seized by customs after it was discovered that they were full of kwila round logs.
Source: File: SIBC
Share
Tuesday, 30 June 2020 13:23 PM

The Opposition Leader, Hon Matthew Wale commends the Comptroller of Customs for impounding a shipment of tubi last week, and urges the government to quickly deal with the overlaps in the relevant laws dealing with protected plant species which provides a loophole for abuse by dubious loggers and officials.

The Leader of Opposition made the call after it came to light that a huge consignment of logs, including the tubi species was held up at Noro international port last week by the Comptroller of Customs on instructions from the Ministry of Environment and Conservation.

“It appears, there are gaps in the relevant laws on how our protected species are regulated. While the Forest Resource and Timber Utilisations Act [Cap 40] deals with licencing and customary rights to round log in general, it overlaps with the Wild Life Management and Protection and the Mines and Minerals Acts in respect of appropriate permits and conditions for trade in protected specimens and plant species. ”

“The information at hand relating to the current impounding suggests that, these overlaps are being used by certain government officials and companies to play the different authorities against each other,” says Hon. Wale.

The Opposition Leader went on to add that, “This practice borders on abuse of power and corruption and only undermines any genuine intention to strictly monitor our prohibited species, and enable resource owners, genuine investors, and the government to benefit from the harvest of these rare trees.

“Logging companies have been known to pass off protected species under other allowable species hence, it is encouraging to see the Comptroller of Customs taking action.”

The Opposition Leader therefore applauds the Comptroller of Customs for acting and calls on the responsible authorities to ensure that the grey areas in our laws are quickly rectified.

Hon. Wale then stressed that any person or company found acting contrary to the laws must be dealt with accordingly.

This is the second time in the recent past certain loggers have tried to evade tax by loading round logs into containers for export.

In November 2019, twenty containers were seized by customs after it was discovered that they were full of kwila round logs. Hardwood tree species such as kwila, vasa and tubi are protected species under the Forestry Act.