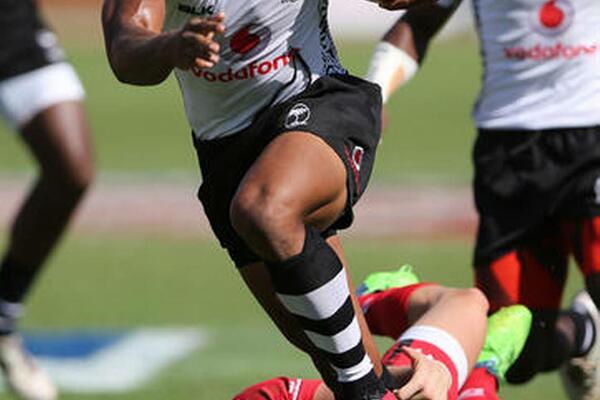 The three-day 12-team tournament gets under way at the Deodoro Stadium on Tuesday and follows the women's competition that marked the reintegration of rugby into the Olympics after 92 years and the debut for sevens.

Fiji coach Ben Ryan was in no doubt all teams would face a massive test in Rio.

"All the teams look primed and ready," the ex-England sevens star said. "Across the board fitness test personal bests are being broken as all 12 teams aim to peak.

"Plans have been hatched on how best to cope with all that comes with Olympic competition. The format is a different one to what we are used to but it's still six games over three days."

That tournament length, Ryan argued, could work to the advantage of Fiji, or the "people's team".

"Three-day tournaments also seem to bring success for us, winning four of the last five and reaching the final in the fifth," he said.

"The statistics show that we understand what is needed to get the team right when we have a decent time frame to prepare in. However, saying that, I think all the teams will be very close to each other in terms of overall fitness."

"The game is so so competitive now which is great for the sport and great for the so-called minnow countries that are also provided with opportunities to get out and excel in this game which is now an Olympic sport," he said.

"It's exciting for the players to be involved with some of the best sportspeople in the world. It's going to motivate them to get out there and perform.

"It's a positive in a way because it puts the emphasis on going out there and winning gold."

- 'Expectation' with All Black brand -

Tietjens added that there was massive pressure on his team to perform.

"The All Black brand is particularly powerful and I suppose with that brand comes expectation and that also applies to the sevens team as well," he said.

"It doesn't matter what part of the world we're playing in with that silver fern and black jersey, there's expectation to get out there and win.

"You're up against the best and you've got to be the best to go out and get that gold medal. It's all about three days of consistent rugby."

Fiji coach Ryan added that the islanders were also bearing the weight of a nation.

"It is fair to say, Fiji is close to meltdown with Rio fever," he said. "It is always an obsession on the island to follow the team but it has gone to a new level with the Olympics.

"The people's team cannot shy away from that connection."

Tietjens was happy to increase that pressure on Fiji, saying: "It's great for us to come in as an underdog, you have to perform over three days. Unfortunately the game of sevens is quite ruthless. One defining moment can decide a result."

For Williams, the two-time World Cup winner with the All Blacks, focus was all.

"We're going to have to be on our game. No team is easy to beat in sevens and we certainly found that out this year," he said, with South Africa and Australia expected to fight hard for semi-final spots.